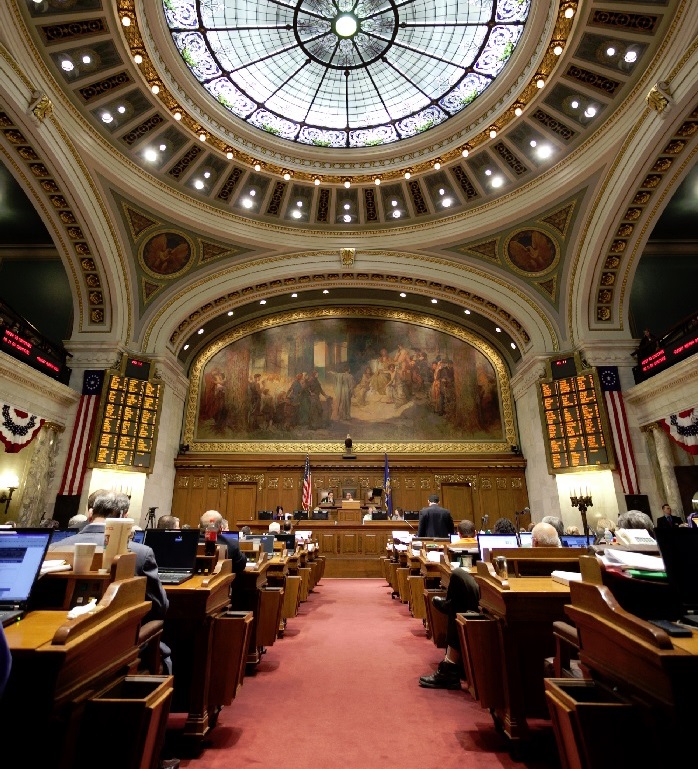 About the Assembly Chamber

The Assembly Chamber has the largest skylight in the State Capitol. The mural in the front of the Assembly Chambers titled "Wisconsin" depicts the past, present, and future of Wisconsin. The mural was painted by Edwin Blashfield. Upon seeing Blashfield's initial rendition of the painting, it was felt that the painting was missing a Wisconsin identifier, so the artist was asked to add the state animal, a Badger. To do this successfully the artist felt something would need to be removed, so a civil war soldier was painted out. As time has passed, the soldier has become more visible and visitors sometimes identify him as the Ghost of the Assembly.

In front of the mural on the ledge sits Old Abe (junior), named after President Abraham Lincoln. Old Abe was a mascot to the 8th Infantry Regiment from Eau Claire during the civil war. Abe survived the war and was given to the Governor, he then lived in the basement of the second Madison Capitol. He died in 1881 of smoke inhalation from a small Capitol fire. His body was mounted and displayed in the Civil War Museum but was destroyed in the 1904 Capitol fire. This real eagle was donated by a farmer to pay homage to Old Abe.

The Wisconsin State Assembly was the first Legislative body in the world to have an electronic voting system, installed in 1917. The system has been updated several times since then. In addition to the green aye and red nay voting buttons on members desks, there are page buttons to request assistance and a button to request to speak.

The Wisconsin State Assembly Session day operations are considered paperless. Representatives receive bills, voting, and legislative action updates on laptop computers. The Assembly Calendar outlines the business each session day and the In Session site provides informational updates as actions are taken. Whatever action is before the body is also displayed on screens within the Chambers. In addition, Assembly Session proceedings and many Legislative committees are broadcast live on WisconsinEye for public viewing. 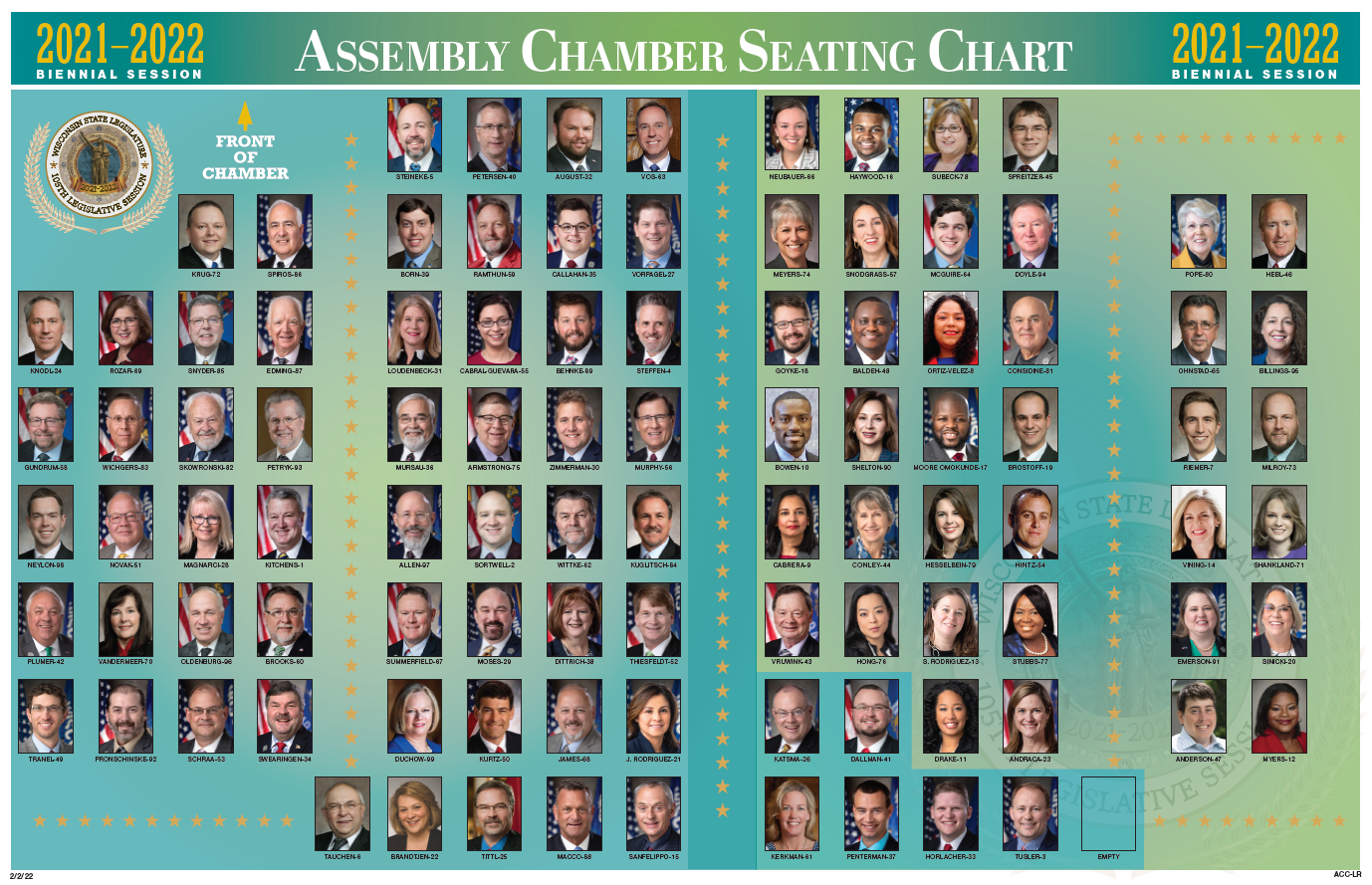 When the Assembly is in Session the gallery is available for visitor observation of the Assembly's proceedings. On days the Assembly is not in Session (or use) visitors can view the Assembly Chambers on one of the free Capitol tours offered throughout the day. The Capitol is open Monday - Friday 8 am - 6 pm and 8 am - 4 pm on weekends and holidays.

*Unless donned by law enforcement or military personnel at their discretion. Exceptions may be made by the presiding officer with advance notice. **There are a limited number of lockers available for visitors with bags visiting the Assembly. Please see the Assembly Sergeant staff in the gallery for access. 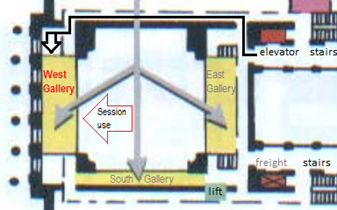 The Assembly opens the West Visitors Gallery on the third floor of the West Wing in the State Capitol when the Assembly is in Session.

To access the West Gallery enter the West Wing (the entrance closest to State Street) and take the passenger elevator or stairs to the third floor, turn right off the elevator and right again to access the long hallway to your left that leads to the West Gallery. At the end of the hallway there are steps that lead to the gallery. The South gallery can be made available for visitors unable to climb stairs. Handicap accessible entrances to the Capitol are Wisconsin Ave., MLK Blvd., and East and West Washington Ave. (see map). 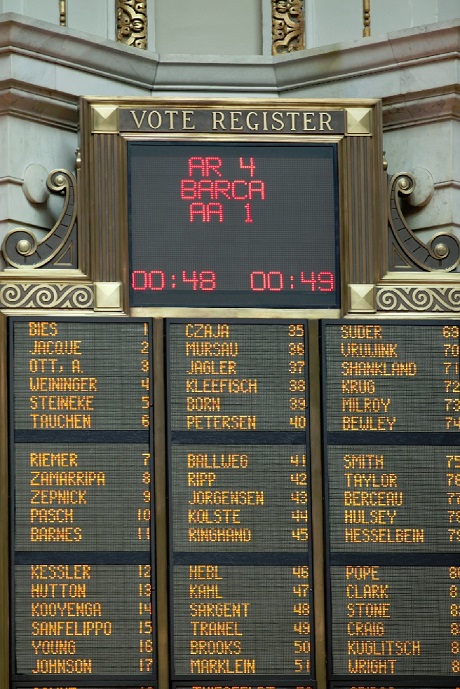