“Overexposure to lead can be bad for anyone’s health, but children are particularly susceptible to negative health consequences from the consumption of lead. These health outcomes from lead have lasting impacts not only on the children, but on the entire community as the children’s development can be stunted, impacting both their physical and mental growth. Numerous studies have found that increased behavioral issues such as juvenile delinquency, truancy or dropping out, violence, and teen pregnancy were correlated to overexposure of lead as a child. 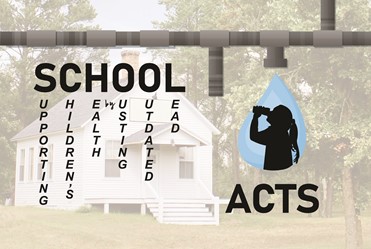 “Senate Bill 424 looks to give our youth a brighter future by reducing lead exposure and giving parents and guardians the peace-of-mind that their kids will drink clean, safe water when they leave the house in the morning. This legislation ensures that places frequented by children outside of the home aren’t delivering lead-laden water to children who are especially vulnerable to lead poisoning while also ensuring that flexibility and affordability for daycares, group homes, and camps is strongly considered.”