“2019 might be the Year of Clean Drinking Water, but we’re proud to have extended our focus on clean water well before the year began. Last session’s nation-leading effort we authored resulted in the passage of the Leading on Lead Act (2017 Wisconsin Act 137) which provided communities with the local control they need to tackle lead in residential water supplies. Along the way, we were joined by a team of bipartisan supporters and advocates that were crucial in the Leading on Lead Act becoming law. Building on this bipartisan success, we’re introducing the SCHOOL Acts to help protect children from lead poisoning when they leave their home.” 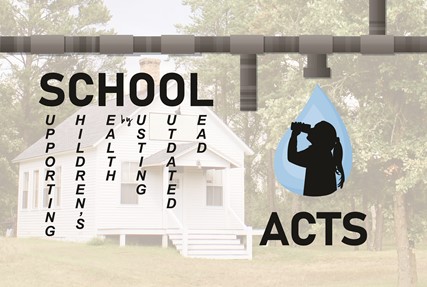 “Lead exposure is bad for all ages, but children are particularly susceptible to negative consequences including changes in their physical development resulting in numerous health impacts and stunting of their mental growth causing behavioral issues throughout their childhood, teenage-years, and beyond. With the SCHOOL Acts, we’re looking to give our youth a brighter future by reducing lead exposure and giving parents and guardians the peace-of-mind that their kids will drink clean, safe water when they leave the house in the morning.”