The Legislative Audit Bureau supports the Legislature in its oversight of Wisconsin government and its promotion of efficient and effective state operations by providing nonpartisan, independent, accurate, and timely audits and evaluations of public finances and the management of public programs.

2007 Wisconsin Act 126 created a fraud, waste, and mismanagement hotline at the Bureau. This hotline allows the public and individuals within state government to report suspected fraud and other improper acts by state agencies, employees, and contractors.

Staff in the Financial Audit Division conduct financial, compliance, and management audits of state agencies and programs as required by statutes, requested by the Joint Legislative Audit Committee, requested by state agencies, or directed by the State Auditor. This includes the annual financial audit of the State of Wisconsin’s financial statements, as presented in the State’s Comprehensive Annual Financial Report, and the "single audit" report for the State of Wisconsin, which is performed to meet federal requirements for audits of federal grants provided to the State.

Other major financial audit responsibilities include:

Staff in the Performance Evaluation Division conduct audits to determine whether programs are accomplishing their policy goals and program objectives and to identify areas in which improvements can be made in the efficiency and effectiveness of state agencies and programs. Performance evaluations are conducted as required by statutes, requested by the Joint Legislative Audit Committee, or directed by the State Auditor.

Under s. 19.33, Wis. Stats., the State Auditor is the legal custodian of the records in the custody of the Bureau. Requests may be directed to: 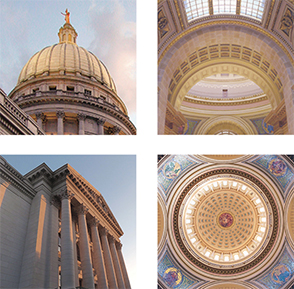