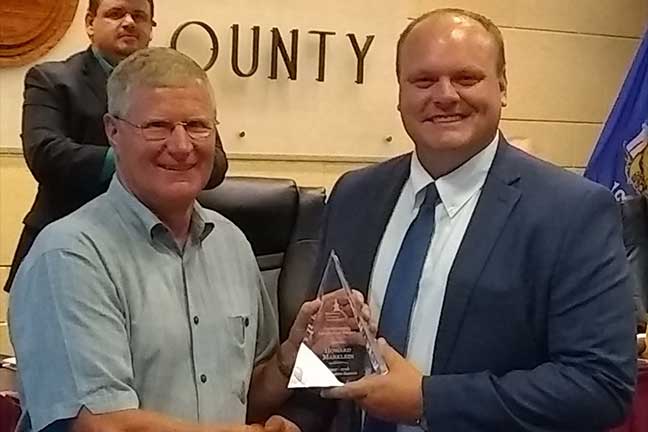 Sen. Marklein is presented with the Wisconsin Counties Association “Outstanding Legislator” Award at the Iowa County Board Meeting on August 21, 2018. 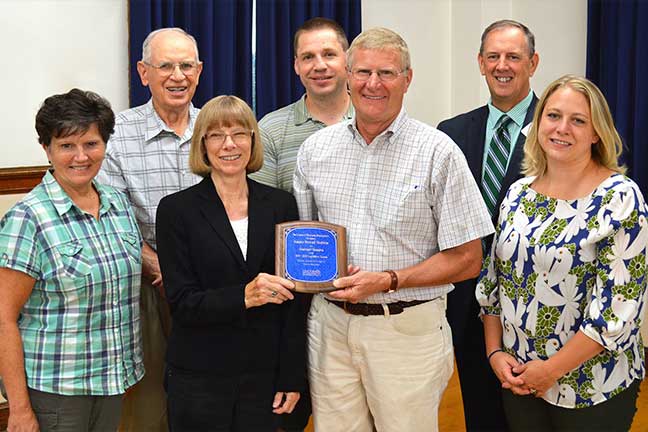 Sen. Marklein is presented with the League of Wisconsin Municipalities “Municipal Champion” Award at the Platteville City Council Meeting on August 28, 2018. 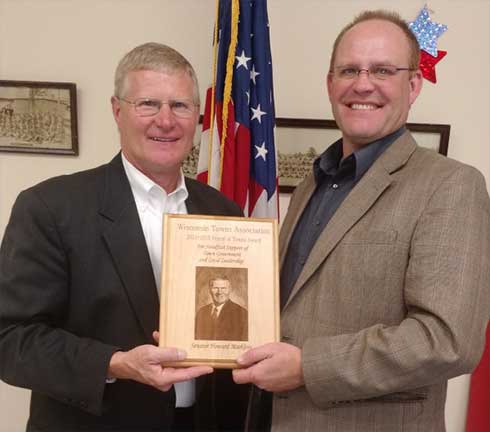 Sen. Marklein received the Wisconsin Towns Association “Friend of Towns Award” for his work during the 2015-16 legislative session.

MADISON – State Senator Howard Marklein (R-Spring Green) was recently named an “Outstanding Legislator” by the Wisconsin Counties Association and a “Municipal Champion” by the League of Wisconsin Municipalities.

Marklein was also named a “Friend of Towns” in 2016 for his work on behalf of town governments.

“I have worked hard to connect with local government leaders and communities,” Marklein said. “We must work together to positively impact the lives of those we mutually serve.”

The Wisconsin Counties Association, League of Wisconsin Municipalities and Wisconsin Towns Association all cited Marklein’s efforts to collaborate with local leaders, municipal and county governments. They each highlighted several bills Marklein authored and moved through the legislative process that were initiated by local governments.

“State government does not oversee county and municipal government. We work together,” Marklein said. “I strongly believe that we need to find ways to reform government regulation, oversight and services to make life better throughout Wisconsin. We can only accomplish this goal if all levels of government work together.”