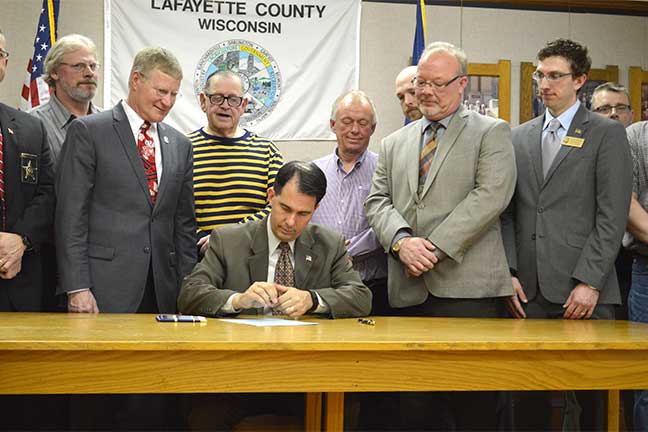 Act 271 allocates $70,000 from the Department of Justice to fund drug law enforcement and interdiction services in Lafayette County so that the county is able to participate in a drug task force. All counties participating 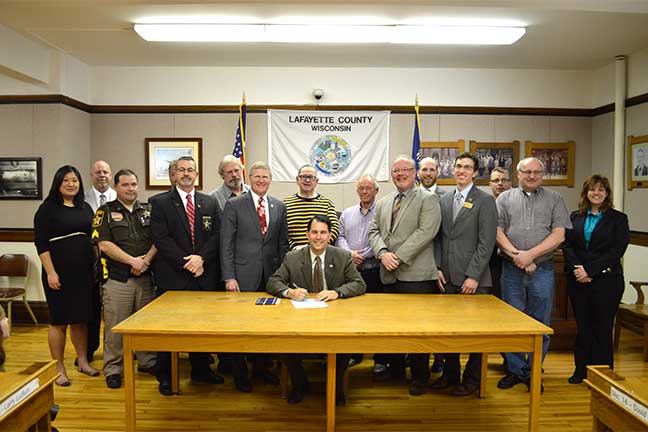 in a drug task force must have a full-time officer dedicated to drug law enforcement. This grant assists Lafayette County in funding this position.

“Lafayette County sought financial assistance from the state of Wisconsin to combat drugs in their county and surrounding areas,” Marklein said. “The county, while small in population, is managing significant challenges with heroine and prescription drug abuse. They needed financial support in order to collaborate with neighboring counties on a drug task force. We stepped up to make this happen.”

Act 271 was signed into law at the Lafayette County courthouse in Darlington, WI on Monday, March 21, 2016 as a part of Governor Walker’s Cabinet on the Road events in southwest Wisconsin.