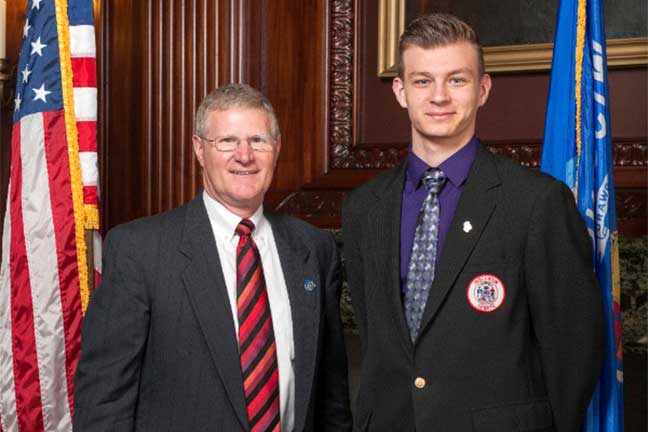 “I am very proud of Yevheniy’s representation on behalf of the residents of the 17th Senate District as one of the 2017 Senate Scholars,” Marklein said. “This program exposes high schoolers to Wisconsin government in a unique way that will hopefully encourage civic involvement in the future. I appreciate Yevheniy’s interest and dedication to learning more about his state government.”

The Senate Scholar program is a week-long, intensive civics education program at the State Capitol for high school juniors and seniors. Mizin met with legislative support agencies, legislative staff, the Governor’s staff, a Supreme Court Justice, the media, lobbyists and University of Wisconsin-Madison faculty members. Mizin also participated in the legislative floor session on Tuesday, April 4, 2017, under the direction of the Senate Sergeant at Arms’ office. The week’s events culminated in a Senate Scholar committee hearing.