This legislation would add to our state statutes a provision that would bar a person who is a fugitive from purchasing or possessing a firearm. This change would enable the names of fugitives in Wisconsin to be returned to the National Instant Criminal Background Check System (NICS) under the “state prohibitor” category so that fugitives from the law would not be allowed to purchase or possess a firearm.

In February, 2017, the FBI changed its interpretation of the legal definition of fugitive to only apply to those who have crossed state lines. As a result, 500,000 individuals who were previously identified as fugitives and were barred from purchasing firearms were removed from the NICS.

Since NICS was created in 1998, it has prevented 1.5 million people who are prohibited from owning guns from purchasing them. Of those, 180,000 were denied due to their status as a fugitive showing just how important it is that Wisconsin’s data be included in NICS. 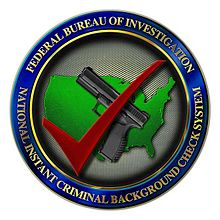