“During the debate on SB 238, Assembly Republicans repeatedly claimed their motivation for the bill was not to defund Planned Parenthood but to bring some sort of warped notion of integrity to Medicaid’s reimbursement system for prescription contraceptives,” said Representative Lisa Subeck (D – Madison). “At the same time, Republicans repeated their false claims about wrongdoing at Planned Parenthood, laying bare their real motives: to score political points with the most extreme elements of their political party and to block women’s access to birth control and abortion.”

Gov. Walker’s decision to sign AB 310 and SB 238 at Life’s Connection, one of Wisconsin’s newest CPCs, sends a clear message that Republicans put politics ahead of women’s health and safety. The CPC where the bill was signed deceptively advertises that it provides “counseling on all your options” and “free ultrasound before abortion” when facing an unintended pregnancy, yet the organization’s own mission includes preventing women from accessing abortion services, making unbiased counseling on pregnancy options a myth. The organization’s own newsletter describes its deceptive practices, explaining its location just a few doors down from Planned Parenthood and sharing a story of three young women en route to Planned Parenthood who landed at the CPC because “their GPS had taken them right to us when they looked up Planned Parenthood.”

“Today’s decision by Gov. Walker to sign AB 310 and SB 238, bills limiting women’s access to birth control and other reproductive health care services, at the sort of place where women are deceived when trying to access safe and legitimate health care options only adds insult to injury,” said Rep. Subeck. “Make no mistake about this: Republicans are so obsessed with their quest to defund Planned Parenthood and limit access to birth control that they are willing to put women’s health and safety in jeopardy.” 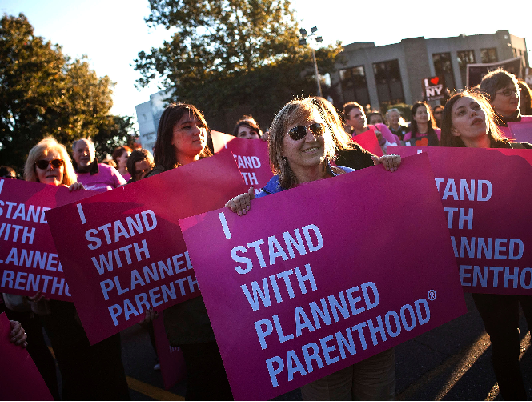