Where is Justice Rebecca Bradley’s Apology to Women?

MADISON – Joined by UW student advocates against sexual assault and One Wisconsin Institute, Representative Lisa Subeck (D-Madison) and Representative Chris Taylor (D-Madison) today called upon Wisconsin Supreme Court Justice Rebecca Bradley to repudiate her previous remarks which blame victims of sexual assault and correlate using birth control to murder and to step down from serving on the state’s highest court.

“Rebecca Bradley’s extreme and hate filled beliefs make her unfit to serve on our state’s highest court.  From calling members of the LGBTQ community “degenerates” and “queers,” to believing that women play a role in date rape, this is a person who has extreme biases unacceptable in a justice who is supposed to embrace fairness and neutrality,” Rep. Subeck said.   “Especially in light of her continued refusal to apologize for and denounce her own absurd statements about rape and birth control, Rebecca Bradley should immediately step down from her position on the bench.”

Published in the Marquette Journal and Marquette Tribune, Justice Bradley defended a professor who “legitimately suggested that women play a role in date rape” and stated that pharmacists should be able to refuse to fill birth control prescriptions if they object “to being a party to murder.”  Justice Bradley has refused to apologize or even clarify these remarks that were made several times between 1992 and 2006.

Contrary to Justice Bradley’s outlandish and scientifically-rejected stances, the Centers for Disease Control identified birth control as one of the most significant public health advances in the 21st century for its’ ability to help women plan their pregnancies and have healthier babies.

“Any adult who has spewed the hateful beliefs that Rebecca Bradley has should not be sitting on our state’s highest court.  Just like Justice Bradley believes that pharmacists should be able to impose their personal beliefs on women by refusing to fill birth control prescriptions, it is frightening to consider Justice Bradley inserting her extreme beliefs into what should be an independent and fair state Supreme Court,” stated Representative Chris Taylor.  “Justice Rebecca Bradley beliefs are dangerous to the health and lives of Wisconsin women.”

For the last eleven days, Rep. Taylor has been tweeting Justice Rebecca Bradley asking for her apology to rape and incest victims.  Justice Bradley has yet to respond. 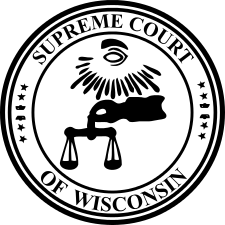