Wisconsin Ranks Among Worst in Nation on Gender Wage Gap

MADISON – Today, State Representative Lisa Subeck (D – Madison) released the following statement in response to a study released yesterday by gobankingrates.com showing that, based on a review of census data, Wisconsin’s gender pay gap ranks 21st highest among the 50 states and Washington D.C.

“Perhaps it should come as no surprise that Wisconsin is among the worst in the nation in terms of our gender pay gap given the regressive actions taken by Governor Walker and Republicans. Since taking control of the Governor’s office and the State Legislature, Republicans have consistently put big business special interests first, leaving Wisconsin women to literally pay the price through their smaller paychecks.

In an egregious act that protects big corporations who blatantly discriminate against women in the workplace by paying them less than their male counterparts, Republicans repealed Wisconsin’s Equal Pay Enforcement Act in 2011. This left women without legal recourse at the state level against pay discrimination and protected businesses who discriminate from any penalties on behalf of the state.

To be clear, though, repealing the Equal Pay Act was neither the start nor the end of the line for Republican policies that leave women behind economically. Republican attacks on working Wisconsinites and the ability of teachers, nurses, social workers, and others to organize and negotiate collectively have disproportionately impacted fields dominated by women. Women are also disproportionately impacted by Republican policies that tie the hands of local communities to set locally responsive living wages for the personal caregivers and case workers who work for the agencies with whom they contract. And Republicans, marching in lockstep with moneyed special interest, continue to push an agenda that harms the economic security of women with proposals like one backed by Wisconsin Manufacturers and Commerce that would limit access to Family and Medical Leave.

Wisconsin’s economy will only thrive when women can participate equally, and this begins with closing the pay gap. Democrats recognize this and have offered real solutions starting with reinstating and expanding Wisconsin’s Equal Pay Enforcement Act. Democrats have also proposed expanding Family and Medical Leave to provide paid time-off to care for a new baby or an ill family member, increasing access to affordable childcare and healthcare, and raising wages. Unfortunately, common sense proposals that would help working women and all working families get ahead have been soundly rejected – in most cases not even receiving a public hearing – by Republicans currently in control of state government.” 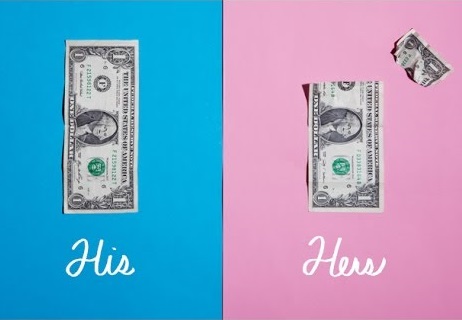