“Today’s extreme decision by a partisan Supreme Court majority further demonstrates the need for fair redistricting reform. Voters should have the right to choose their elected officials, not the other way around.

Since 2011, Wisconsin Republicans have benefitted from rigged legislative maps that dilute Democratic votes and allow Republicans to maintain power against the wishes of the people of Wisconsin. This fundamentally unfair system makes a mockery of the democratic values we hold dear.

The Supreme Court has abdicated its responsibility to address this crisis, but the fight for fair representation is not over. The people of Wisconsin can solve this problem by demanding that their elected officials support redistricting reform.” 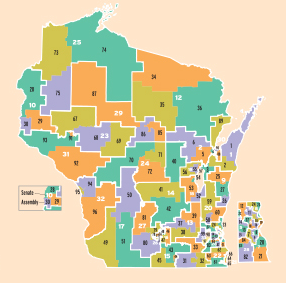