State Representative Lisa Subeck of Madison was among 33 select lawmakers chosen to participate in a training program that annually identifies and assists promising state leaders in the Midwest.

Representative Subeck will meet with fellow lawmakers from Wisconsin and 10 other Midwestern states and four Canadian provinces on August 12-16 in Madison, Wis., for The Council of State Governments’ 22nd annual Bowhay Institute for Legislative Leadership Development (BILLD).

“The Bowhay Institute is one of the premier leadership training programs in the nation,” says Indiana Rep. Ed Clere, who serves as co-chair of the institute’s steering committee. “The legislatures in the region have benefited greatly from the skills their members have gained through this unique educational experience. Many of the graduates now hold leadership positions in their state.”

Since 1995, more than 700 lawmakers have graduated from the Bowhay Institute. State legislators from Illinois, Indiana, Iowa, Kansas, Michigan, Minnesota, Nebraska, North Dakota, Ohio, South Dakota and Wisconsin are chosen to participate through a competitive, nonpartisan selection process.  Members of the Alberta, Manitoba, Ontario and Saskatchewan legislative assemblies are selected by their caucuses to take part in the program.

BILLD was founded in 1995 to help new legislators meet the demands of increased policy responsibility being shifted to the states and, in many states, term limits.  These two emerging forces highlight the shortage of training available for legislators –- a void that BILLD aims to fill.

A program of The Council of State Governments’ Midwestern Office, BILLD is held in partnership with the University of Wisconsin’s Robert M. La Follette School of Public Affairs. Courses and seminars are conducted by La Follette faculty, Midwestern legislative leaders and professional development experts. In addition to courses designed to develop leadership skills, the program analyzes a variety of public policy issues, including the economy, education and corrections policy. 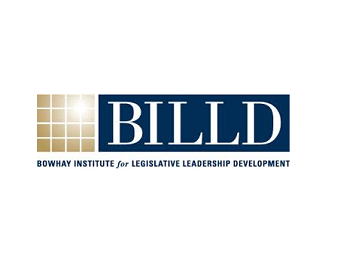