MADISON –Representative Lisa Subeck (D-Madison) released the following statement in response to the Senate Committee on Labor and Regulatory Reform holding a public hearing on Senate Bill 275, which would undermine local authority to pass and implement ordinances, resolutions, or policies that define when and if law enforcement officers may inquire about an individual’s immigration status.

“Anti-immigrant rhetoric, hate, and fear-mongering have been on the rise since last year’s election, and this bill only adds fuel to the fire.

SB 275 is the latest mean spirited attack by Republicans on our immigrant communities, inciting fear among Wisconsinites who are already most likely not to trust law enforcement.

With this bill, Republicans would undo years of work by local law enforcement to build the trust that ensures future and aspiring citizens who are victims or witnesses can report crimes without fear of deportation.” 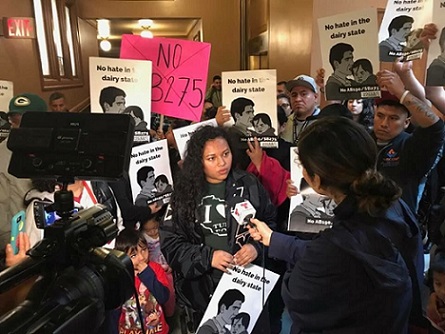