(MADISON)- Today, Senator Lena Taylor (D-Milwaukee) and Representative Lisa Subeck (D-Madison) introduced a bill to restrict shackling of pregnant women while incarcerated. Since 2011, at least 40 women in Wisconsin have been shackled while giving birth. Shackling includes the use of belly-chains, which tie a person’s wrists to their waist and places iron shackles on their legs. It is hard to believe there is any medical or security rationale behind shackling women in labor. No states that have prohibited shackling have reported increased security issues or flight attempts. In addition, the American Medical Association, a leading authority on medical practices, has described the act as “barbaric” and that shackling “needlessly inflicts excruciating pain and humiliation” on the mother. Senator Taylor and Representative Subeck agree.

Taylor and Subeck introduced this bill to conform to best practices nationwide. Federal agencies and 18 states all have policies which prohibit or restrict shackling pregnant women. The bill also provides for maternal support services which have been shown to reduce the need for costly medical interventions such as caesarean sections. Additionally, the bill expands screening for STIs, which can prevent mother-to-child transmissions through early detection and treatment. These measures will improve health outcomes for both mother and child and create savings for taxpayers.

Following the introduction of the bill, Senator Taylor offered the following comments:
“Incarceration should be about rehabilitation and not humiliation. To shackle pregnant women is cruel, humiliating, and dangerous to both mother and child. This bill will put Wisconsin in line with the rest of the nation. We will protect the dignity of women entrusted to the State’s care by implementing best practices to address the critical services pregnant women need.”

In addition, Representative Subeck, proud Assembly author, offered these remarks:
“No woman should suffer the indignity and the potential physical and mental harm to herself and her infant of giving birth while shackled. It is shameful that this practice is still commonplace in Wisconsin’s prisons,” said Representative Subeck. “Every new mother should have access to critical maternal health care, no matter where her baby is born. Our legislation would protect new mothers who are incarcerated from the harm of being shackled during." 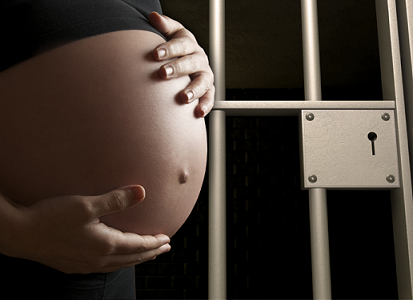