MADISON – Today, on the 10th Anniversary of the Citizens United decision, Representatives Chris Taylor (D-Madison) and Lisa Subeck (D-Madison) introduced a state constitutional amendment that corporations do not have a First Amendment right to unlimited campaign spending.

“Protecting and enhancing citizen voices in our electoral process is fundamental to our democracy, said Rep. Taylor. “Yet Citizens United and subsequent actions by the Republican majority to open our elections to a flood of corporate cash drown out the people’s voice. It is unfathomable that our founding fathers would have equated unlimited corporate campaign spending to First Amendment protected speech. Nor can it be argued that the degree of speech rights are contingent on the wealth of the speaker. Our amendment makes sure that our state constitution can never be interpreted as protecting unlimited corporate spending in elections. Fair elections are the foundation of our democracy; it’s time to restore the voice and power of the people in our elections.”

“The people of our state and our country are tired of having their voices drowned out by big money,” said Rep. Subeck. “As politicians become more beholden to wealthy special interests and more dependent upon this flood of cash at election time, the interests of the people—and of the constituents we are elected to represent—continue to take a back seat to big money special interests. This is just plain wrong.” 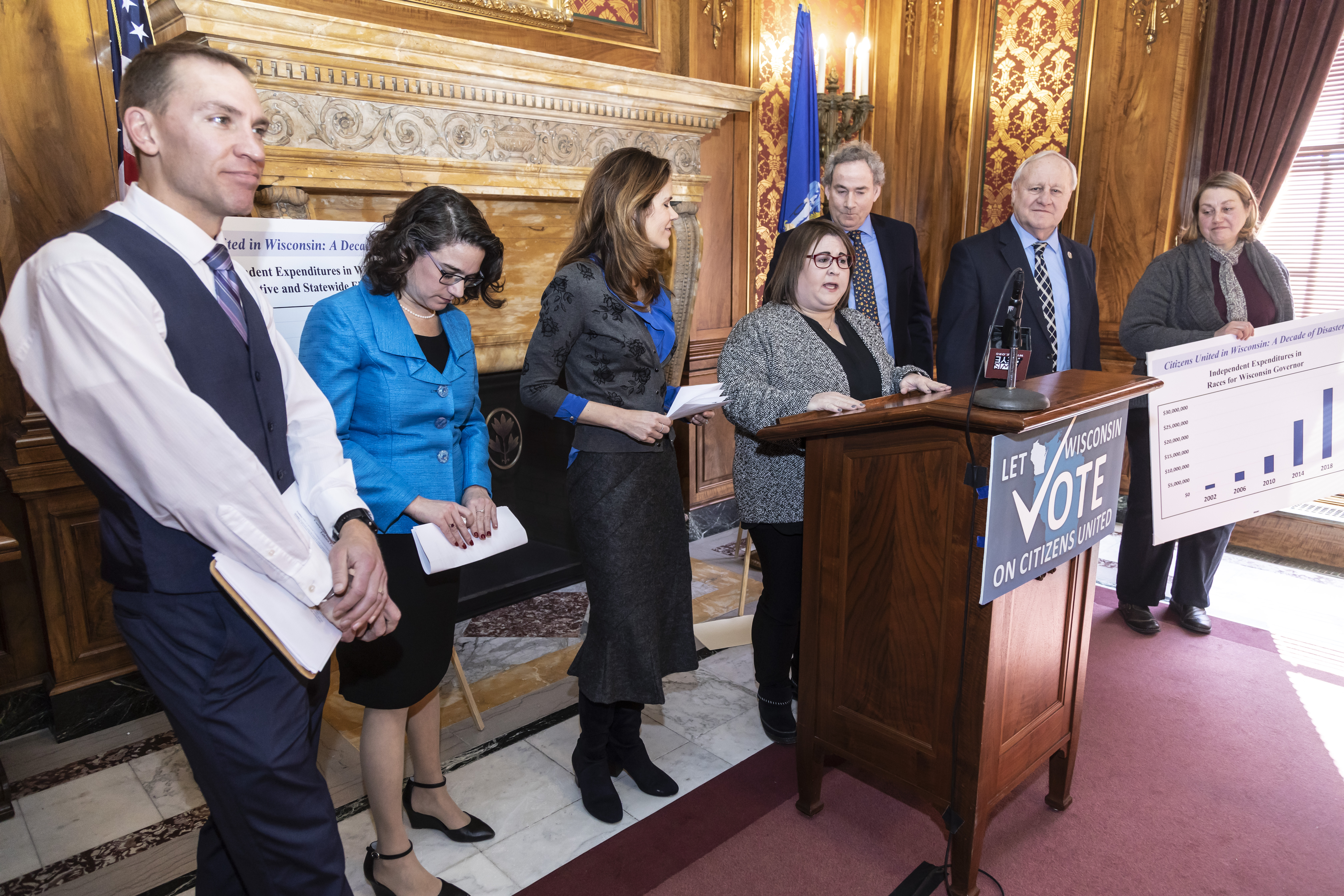