MADISON – Today, Representative Lisa Subeck (D-Madison) spoke to high school students, college students, and members of Zonta Club and other women organizations at the State Capitol during their Day of Action on International Women’s Day. Women attending the event spent the afternoon visiting legislative offices to discuss proposals related to reproductive healthcare, dating violence and sex trafficking. The theme for the 2016 International Women’s Day is “#PledgeforParity,” and Rep. Subeck urged attendees to join her in taking a pledge to work to accelerate gender parity globally and locally.

In a 2014 study, the World Economic Forum estimated that global gender parity would be reached in 2095. Their updated estimate in 2015, based on a slowdown in progress toward equity, predicts that the gender gap will not close until the year 2133. The United States ranks just 28th in gender equity among 124 countries ranked by the World Economic Forum on measures of economic participation and opportunity, educational attainment, health and survival, and political empowerment.

“The problem of gender inequity is not only recognized nationally and internationally, but it also hits home right here in Wisconsin,” said Representative Subeck. “Women in Wisconsin earn just 78 cents on the dollar relative to their male counterparts; lack universal paid family leave and sick leave; make up only 25% of our State Legislature; and have seen diminished access to reproductive health care since Republicans gained the majority 6 years ago.”

“Please join me in taking the Pledge for Parity, and commit to taking action every day as leaders in our schools, workplaces, families, organizations, and communities to end gender bias and to accelerate gender parity,” Rep. Subeck urged attendees. “Women cannot afford to wait until 2133 for full equality.” 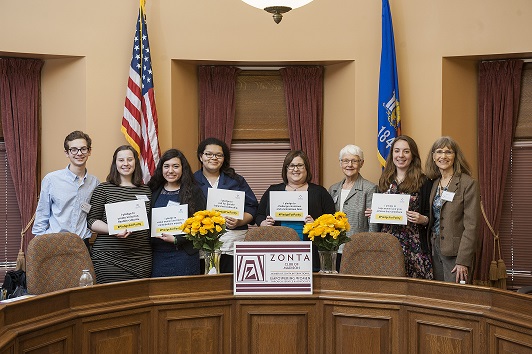 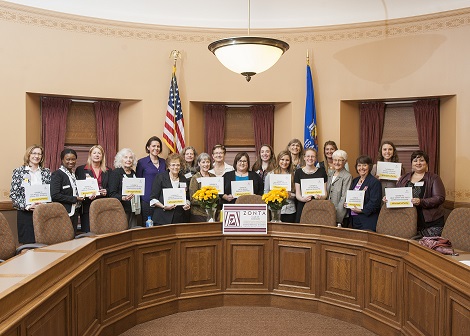