MADISON – Today, Governor Tony Evers announced his plan to close the dark store loophole in the 2019-2020 biennial budget.  The loophole, based on a Supreme Court decision, allows big box retailers to base their tax assessments on their value as a vacant store rather than a store in operation. This so-called ‘Dark Store Loophole’ shifts millions of dollars in property tax burden from these large, corporate retailers to residential and small business taxpayers. State Representative Lisa Subeck (D-Madison) released the following statement in response.

“Local communities and homeowners across the state, including in the City of Madison, have been hit hard by the exploitation of the Dark Store Loophole by big box retailers.  When these retailers take advantage of tax loopholes to avoid paying their fair share, homeowners are forced to pay more or basic services like public education and police and fire protection suffer.  I applaud Governor Evers for his leadership and look forward to working with him to protect hardworking Wisconsin families and small businesses by closing this unfair corporate tax loophole.” 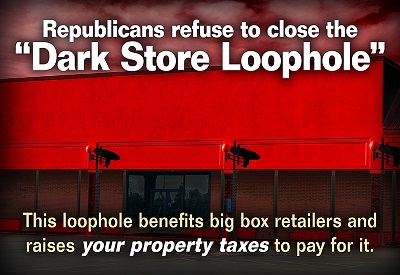