“In 2018, women have risen to the forefront in news, media, and politics by taking to the streets, marching, organizing, and running for public office. Together, we are engaged and energized, calling for an end to sexual assault, harassment, and discrimination,” said Rep. Subeck. “On International Women’s Day, we celebrate this pivotal time in the women’s movement and challenge ourselves to do more to address gender parity and to #PressforProgress.”

In 2014, the World Economic forum estimated that global gender parity would be reached in the year 2095. As of 2016, progress had slowed to the point where global parity would not be reached until 2186, and their most recent 2017 estimate predicts the gender gap will not close until 2234, more than 200 years from today. In 2017, the United States fell from 45th to 49th among 144 countries ranked by the World Economic Forum on measures of economic participation and opportunity, educational attainment, health and survival, and political empowerment.

In Wisconsin, women are paid just 78 cents on the dollar compared to men and face unnecessary barriers to equity in the workplace. Women have lost ground on access to reproductive healthcare in our state, and the Republican majority in the Legislature has refused to act on policies that empower women economically and socially. Only 22% of City Council members, 18% of County Board members, and 38% of School Board members in Wisconsin are women, while women represent less than 25% of seats in the Wisconsin State Legislature.

“Perhaps it should come as no surprise that women are losing ground in our state and our nation, given the underrepresentation of women at the tables where decisions are made,” said Rep. Subeck. “It is up to us, as women, to #PressforProgress every single day as leaders in our schools, workplaces, organizations, and communities. Together, we can and will achieve gender parity.” 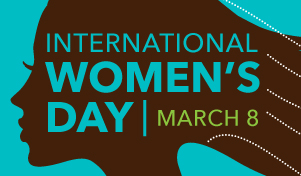