MADISON – Today marks the 20th anniversary of Equal Pay Day, the day this year when women’s pay finally catches up to what men were paid last year alone, due to the ongoing wage gap between men and women. In Wisconsin, women earn just 78 cents on the dollar compared to men. African American and Latina women fare even worse, with African American women earning just 64 cents and Latina women earning just 55 cents on the dollar.

“It is shameful that in 2016 women are not compensated with equal pay for equal work,” said Representative Lisa Subeck (D – Madison). “More women than ever before are the primary breadwinners for their families, making the wage gap a significant issue of economic security for Wisconsin families.”

Wisconsin is just one of six states in the nation, and the only state in the Midwest, without a law on the books banning wage discrimination. Wisconsin’s Equal Pay Enforcement Act, enacted in 2009, was subsequently repealed by Governor Walker and Republicans in 2012.  The only five other states that do not guarantee women equal pay for equal work include Alabama, Mississippi, North Carolina, South Carolina, and Utah.

“The Republican repeal of Wisconsin’s Equal Pay Act was a disgrace. How can these Republican legislators look their daughters, sisters, and mothers in their faces and tell them that their work is not as worthy?” said Rep. Subeck. “On the 20th anniversary of Equal Pay Day, one thing is crystal clear: For Wisconsin women, 78 percent is not enough.”

Click here to view a video created by the Wisconsin Assembly Democratic Women calling for the restoration of Wisconsin’s Equal Pay Act. 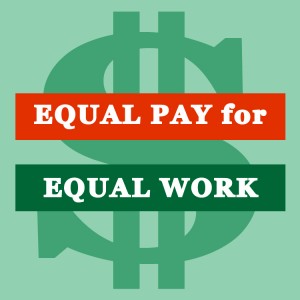