“We simply cannot wait any longer to start addressing gun violence in Wisconsin,” said Taylor. “LRB-4465 is about keeping our communities safe, preventing future violence, and ensuring responsible gun use. Bump stocks present an unnecessary, added danger for which there’s absolutely no justification.”

The legislation introduced today comes after a similar proposal was announced yesterday by U.S. Senator Dianne Feinstein (D-California). LRB-4465 would prohibit the possession, use, and sale of bump stocks and similar attachments, devices, or combinations thereof that are designed to accelerate the rate of fire for semi-automatic weapons.

“This is simply good public policy. I have a family full of hunters and responsible gun owners--no typical gun owner needs a fully automatic weapon or a weapon modified to act like one,” Sargent said. “There’s a reason fully automatic weapons are illegal, and it’s because they’re dangerous and likely to be used nefariously.”

Taylor, Sargent, Subeck, and Berceau were joined in introducing the bill by many legislative Democrats and are hopeful Republicans in the Legislature will support the proposal. They welcome ongoing discussions with Republican leadership on this issue and will diligently pursue bipartisan support.

“This isn’t about politics. This is about decency, about being reasonable, and it’s about common sense--it’s time legislators to pass responsible gun safety legislation,” concluded Berceau. 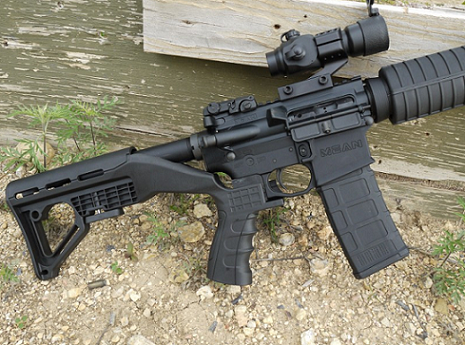