Seven years after the Supreme Court ruling on Citizens United, outside spending on elections by special interests continues to increase, while rulings by the Wisconsin Supreme Court have allowed the sources of much of this spending to go undisclosed, keeping Wisconsinites in the dark about who is trying to influence their votes. Legislative Republicans and Governor Walker have piled on by enacting legislation that further deregulates election spending by special interests, corporations, and billionaires.

Since the 2010 ruling, 115 communities across the State of Wisconsin have joined 19 states and 730 municipalities nationwide passing referendums or resolutions calling for action to overturn Citizens United. Eight resolutions passed in the most recent spring election with margins ranging from 70% on the low end in Caledonia to 91% in Monona.

“It is stunning that Republican Representative Scott Allen considers giving the average Wisconsinite the opportunity to have their say at the ballot box to be ‘politics at its worst,’” said Rep. Subeck. “Wisconsinites are fed up with the massive corporate and special interest spending Citizens United has ushered into our elections, and it is time to let them be heard.” 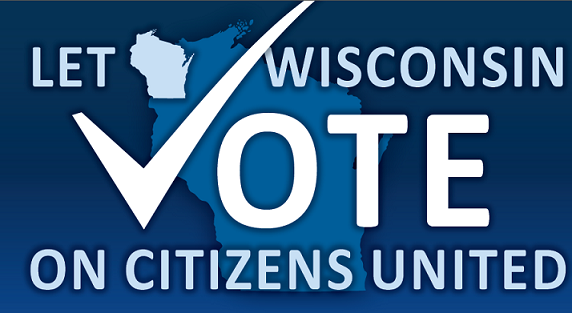