(Madison) Today, State Rep. Lisa Subeck (D-Madison) will present Dane County Sheriff Dave Mahoney with the First Responder of the Year Award for the 78th Assembly District at a ceremony during the floor session of the State Assembly.

“Sheriff Dave Mahoney has dedicated his career to protecting our communities in Dane County. Prior to being elected Sheriff, he worked in Security Services at the jail, Social Services, and the Field Services patrol and detective divisions. As our Sheriff, he has improved community relations, protected citizens, supported law enforcement staff, and skillfully administered the office of Sheriff so as to protect taxpayers while carefully deploying personnel and resources to keep our community safe,” said Rep. Subeck. “I am honored to present Sheriff Mahoney with the award for First Responder of the Year and proud to call him my neighbor.” 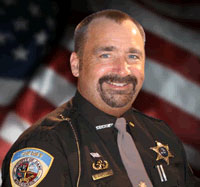