“The Republican bill passed today drives down wages and pushes jobs out of Wisconsin. It is another giveaway by Wisconsin Republicans to big business and wealthy special interests at the expense of small businesses and middle class Wisconsinites.

We have a responsibility to ensure we get the best value for our taxpayer dollars, and the bill passed by Republicans today stands in the way of doing so.

At the hands of Republicans, the divide between the haves and have nots is growing, and people have to worker harder than ever just to make ends meet. As a Democrat, I remain committed to working for an economy that works for everyone, not just the wealthy and the big corporations.” 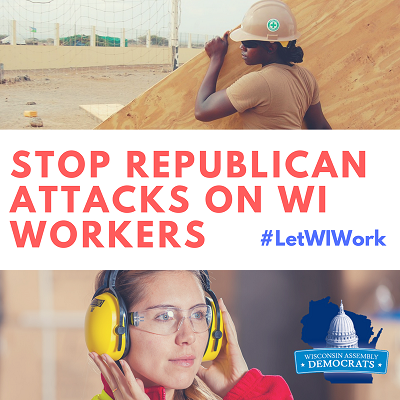