MADISON – Today, Assembly Democrats moved to consider AB 65, which would require universal background checks for all firearm sales. Republicans voted down the measure that would have required background checks, amending the bill in a classic bait and switch to remove any background check requirement. Less than one week ago, a 19-year-old entered a Florida high school with a semiautomatic AR-15 rifle and killed seventeen people, many of them students. The school shooting last week was the eighth school shooting to have resulted in death or injury during the first seven weeks of 2018. Three of the ten deadliest mass shootings in modern history have taken place in the last five months.

“We have heard the voices of young people, standing up and speaking out since the school shooting in Parkland. As elected officials, we have a responsibility to heed their call to action,” said Representative Lisa Subeck (D-Madison). “We can end this epidemic of gun violence so no family must fear for their children’s safety whether at home, at school, or out in the community.”

In Wisconsin, federally licensed dealers are required to perform a background check on all firearm sales, but private sellers are not. AB 65 as it was originally introduced would have closed this loophole in Wisconsin law and ensure that a background check is performed before any gun purchase, whether done through a licensed dealer, at a gun show, on-line, or anywhere else.

“Republicans spent hours today doing everything they could procedurally to avoid a vote on requiring background checks for all gun purchases, making me wonder why they are so afraid. Unfortunately, Republicans and the NRA have blocked even the most common sense measures, like requiring background checks for all gun purchases, at every turn,” said Rep. Subeck. “Our children and our families cannot wait another day, another year, or for the next legislative session. The time to prevent gun violence is now.” 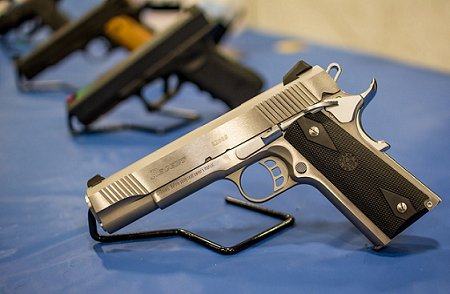