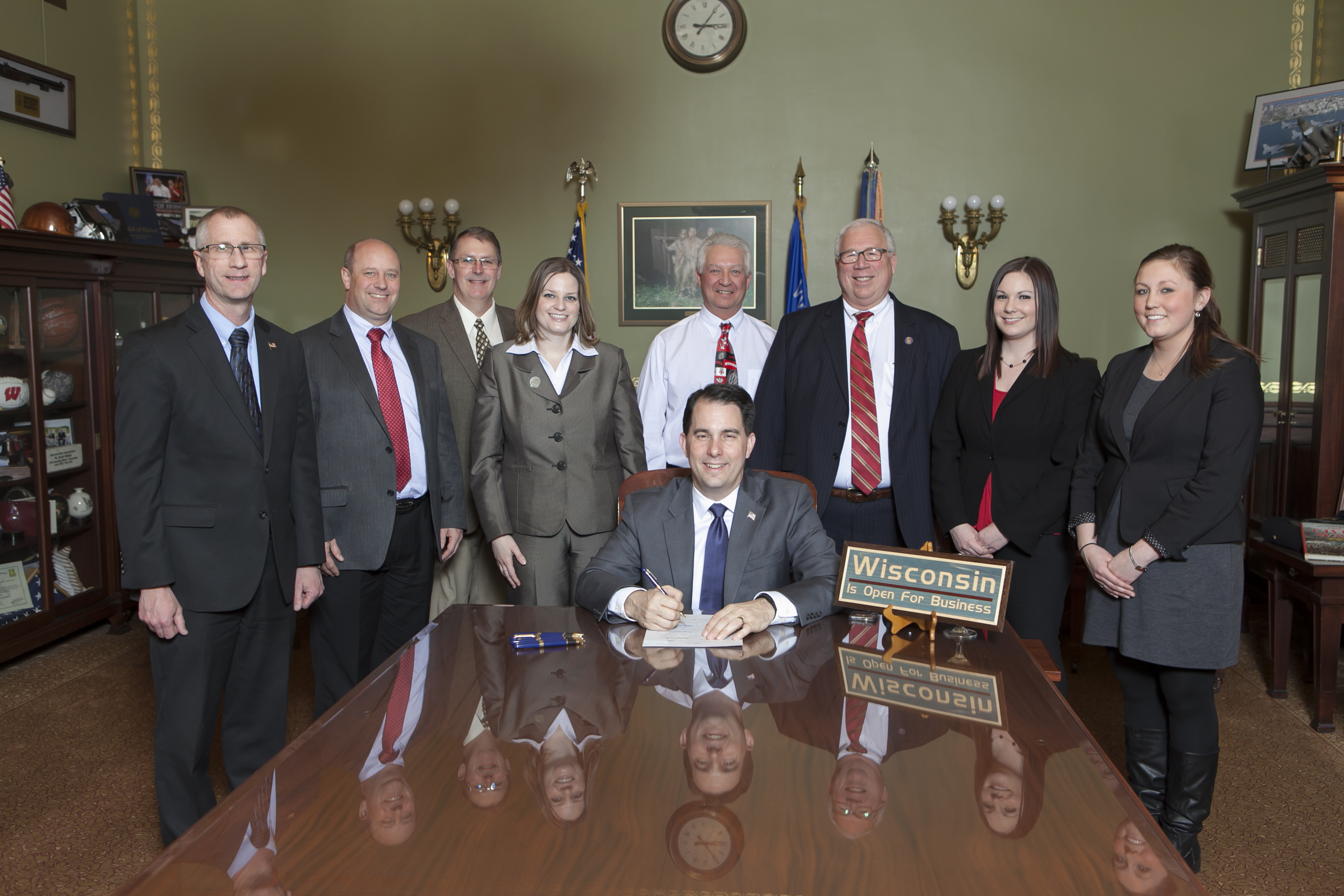 In 1972, Chet Krause, owner of Krause Publications and a Lions Club member, offered to buy a chicken dinner for friends and acquaintances if they would drive their old cars to the annual Iola Lions Club chicken roast.
As the story has been told, that first effort resulted in a modest but well received car show of less than 20 vehicles. However, the small community of Iola, Wisconsin would forever be changed.

Today, the Iola Car Show typically attracts more than 120,000 visitors, covers 300 acres, and features 2,200 show cars, 1,000 car coral displays, 4,430 swap vendor spaces, and 1,600 campsites. As popular as the event is, signs are needed along state highways to direct tourists to its central Wisconsin location.
According to state statute 86.19 (1): “Except as provided in sub. (1m) or s. 84.01 (30) (g), no sign shall be placed within the limits of any street or highway except such as are necessary for the guidance or warning of traffic or as provided by ss. 60.23 (17m) and 66.0429. The authorities charged with the maintenance of streets or highways shall cause the removal therefrom and the disposal of all other signs.”
Additionally, state statute 86.19 (6) states: “At the request of any city, village or town, the department shall erect directional signs on state trunk highways at the intersection of those highways with streets or other highways where the streets or other highways lead to the city, village or town, provided the city, village or town is located within 5 miles of the intersection and provided the city, village or town agrees to pay for the installation and maintenance of the sign.”

Because Iola is located greater than 5 miles from major state highways, I co-authored AB-509 / SB-382 with Representatives Katrina Shankland (D – Stevens Point) and David Heaton (R-Wausau), as well as Senators Luther Olsen (R – Ripon), Julie Lassa (D – Stevens Point) and Jerry Petrowski (R – Marathon).
The bi-partisan bill changes state statute and requires the Department of Transportation to erect and maintain several directional signs for the Iola Car Show in Marathon, Portage, and Waupaca counties.  No state funds will be expended.  All signs, installation, and maintenance will be paid for by the Iola Car Show.

Iola is a village in Waupaca County with a population of 1301, as of the 2010 census. In organizing a show of this magnitude, a team of roughly 3,000 volunteers is assembled from 138 non-profit service organizations and individuals in a five-county area. These people work together in true cooperative spirit to make the show an annual success. The Iola Car Show is a 501(c)3 organization, therefore the show’s proceeds are distributed among the organizations that donate their time staffing the event.
Auto enthusiasts’ ability to find the Iola Car Show not only bolsters the local and state economy with tourism dollars; the show’s profit goes directly to the areas’ service organizations. In return, the money is reinvested into making our communities special places to live.

The 2016 Iola Car Show will be July 7th, 8th, and 9th.   Follow the new green and white directional signs, I look forward to seeing you there!