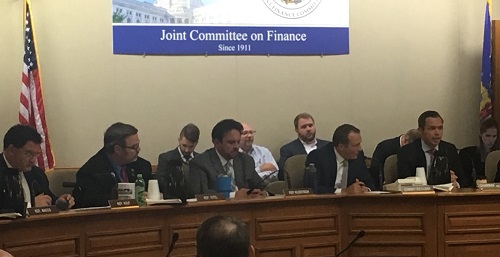 Madison: State Representative Paul Tittl (R-Manitowoc) voted in favor of the Foxconn bill, which the Assembly Committee on Jobs and the Economy approved late today. The bill lays the groundwork for the creation of a relationship between the state and Foxconn, a global electronics manufacturing giant.

“This historic bill will create thousands of jobs for Wisconsin. It has been said that as many as 13,000 jobs will be created directly at Foxconn,” said Rep. Tittl. “It has several components that make me excited to vote it out of committee.”

Foxconn’s investment of $10 billion would be the largest economic development project in the history of Wisconsin. The arrangement is expected to create thousands of direct and indirect jobs in the state, while promoting Wisconsin workers and ensuring adherence to environmental protections.

This vote moves the legislation out of the Committee on Jobs and the Economy and sends it to the full Assembly for consideration.  The Assembly plans to be on the floor this Thursday for the vote.