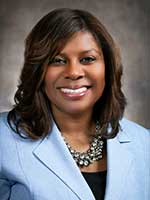 Senator Johnson is currently serving her first term as State Senator for the 6th District, located on Milwaukee’s Northwest side.  Prior to being elected to the State Senate, Senator Johnson was State Representative for the 17th Assembly District for four years.

Senator Johnson has been a resident of Milwaukee for thirty years.  For the ten years prior to be to being elected to the State Assembly, she owned and operated a child care center serving Milwaukee’s low-income children.  Improving the health, safety, and quality of life for Wisconsin’s children and their families is Senator Johnson’s top legislative priority, and during her tenure in the State Assembly, she successfully co-authored eight bills enacted into law.

Before running for office, Senator Johnson served as an Executive Board member for AFSCME’s District Council 48, President of AFSCME Local 502 Milwaukee Child Care Providers Together, and Chair of AFSCME’s Women Committee.  She has been a Financial Employment Planner for Wisconsin Shares, a member of the Special Committee on Public Assistance Program Integrity, and the drafting committee for the Wisconsin Shares Subsidy Policy Guide.

Senator Johnson has been appointed to the Wisconsin Center District Board, the Child Abuse and Neglect Prevention Board, the Milwaukee Child Welfare Partnership Council, and the Metropolitan Milwaukee Sewerage District Commission.