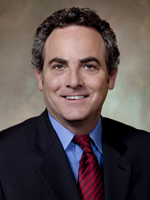 A former radio personality and legislative assistant, Senator Jon Erpenbach was elected to represent the 27th Senate District in November of 1998 and was re-elected in 2002, 2006 and 2010. His Senate colleagues elected him Senate Democratic Leader in December 2002. He served in that position until December 2004.

Senator Erpenbach began as a radio personality in Portage, Madison and Milwaukee. He subsequently worked in both the State Assembly and State Senate in media relations and as communications director.

Representing parts of Columbia, Dane, Green, Iowa, and Sauk counties, Senator Erpenbach’s Senate District is one of the most geographically diverse districts in the state. Since his inauguration in January 1999, he has worked to lead the Senate in the areas of personal privacy, consumer protection (the proud author of Wisconsin’s “Do Not Call” Law), justice, health insurance reform, proactive educational reforms, and the regulation of third-party spending in elections.

Senator Erpenbach is currently a member of the following Senate Standing Committees: Health and Human Services; Insurance and Housing; Universities and Technical Colleges.

His continuous efforts to fight for a better Wisconsin, strengthen his local communities, and advocate for his neighbors has earned him the following awards: