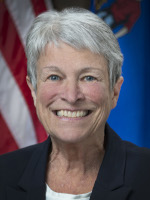 Born and raised in Evansville, Janis graduated from Evansville High School in 1968 and shortly after married her eventual husband of 41 years, Gordy.

With a degree in Finance from Madison Area Technical College, Janis served four years as Head Bookkeeper at Union Cooperative and then moved to her family’s business, Ringhand Meats and Beverages, where she worked for seventeen years.

It was at this time that Janis became interested in government. Being a small business owner, local ordinances and state laws impacted their business and Janis felt compelled to speak up and take a more active role in the community. Elected to the Evansville City Council in 1998, Janis served on the Council until she was elected Mayor in 2002, a position she held for six years. She eventually returned to the City Council from 2008 until her election to the State Assembly in 2010.

It is her experience in local government and the lessons she learned during that time that serve as a constant guide for Janis in the State Legislature. “We balanced our budgets, tightened the belt when we needed to, and made the tough decisions. When there wasn’t consensus, it didn’t matter if there was an R or the D after your name. We would sit down, talk it out, and find a compromise. Madison needs a lot more of this.”

Janis has been active in a variety of community organizations including the Stoughton Hospital Board, the Literacy Connection, the Evansville Chamber of Commerce, the Governors Committee on Public Benefits and the Evansville Energy Independence Team.  She also served as Business Agent for the Brooklyn Sportsman’s Club and Secretary of VFW Auxiliary Post 6905.

When Janis isn’t in Madison for legislative business or attending community events, she spends a great deal of time with her two wonderful children, beautiful grandchildren, and great-grandchild.