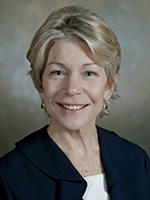 Senator Janet Bewley represents the 25th Senate District, the largest of the 33 Senate Districts. The 25th borders two states, includes all of Wisconsin's Lake Superior shoreline, contains watersheds of both the Great Lakes and the Mississippi, four tribal nations, state and national parks, large cities and small towns; farms, forests, and factories - sea caves and snowmobile trails.
Senator Bewley is starting her first term in the State Senate. Prior to her election to the Senate, she served two terms in the State Assembly after serving on the Ashland City Council.
Senator Bewley was born in Cleveland, Ohio, the second of four children. Her father was a truck driver, and her mom ran the house. Janet was the first member of her family to graduate from college. After a few years working in the ocean freight business, Janet went on to graduate school and earned a Master's in Academic Administration from the University of Maine in 1977. And then she moved to Ashland and found her home.
During her varied professional career Janet has served as the Dean of Students at Northland College, Executive Director of the Mary H. Rice Foundation and Senior Community Development Officer/ State Tribal Liaison at the Wisconsin Housing and Economic Development Authority.