From June 12-18, Erin Hills hosted the 117th U.S. Open. It was the first U.S. Open held in Wisconsin and featured the fifth-highest number of entries in the event’s history. At 7,741 yards, Erin Hills served as the longest U.S. Open course ever. Yesterday, Erin Hills released the following figures on their website to highlight the scale of the event: 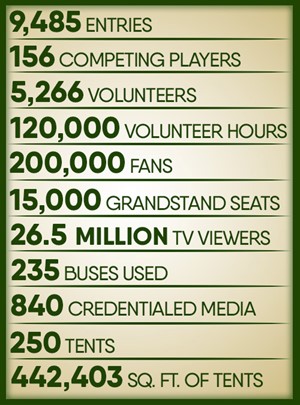 United States Golf Association (USGA) Executive Director Mike Davis described the event as a “huge success.” According to the USGA's estimates, the championship at Erin Hills will have a $120 million aggregate economic impact on the surrounding region, building upon the $102 million contribution that the 2015 PGA Championships at Whistling Straits made to the Wisconsin economy. Many experts expect the persisting "Open effect" to pay dividends for the hospitality, leisure, and tourism industries, with Golf Advisor listing Wisconsin as the number one golf destination for 2017.

With the U.S. Open behind us and many more months of golf weather ahead of us, players need not look beyond the 20th Senate District for a variety of well-rounded offerings: