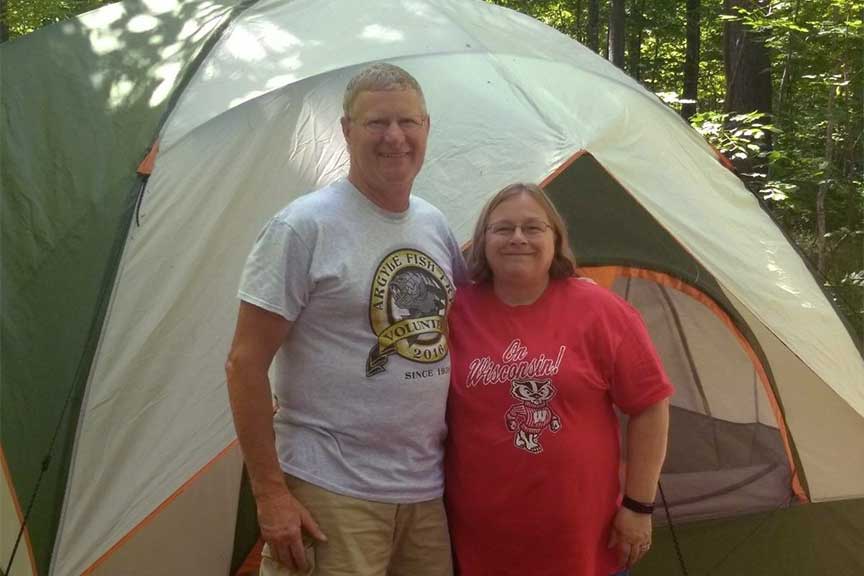 My family and I recently returned from our annual week at Peninsula State Park in Door County. It was a wonderful trip. The weather was nice, the food was delicious and the campground was in good shape.

As I do most years, I stopped in the Park Superintendent’s office to visit with Brian Markowski, Park Superintendent and Jen Birkholz, Deputy Park Superintendent, to see how things are going. It is always an educational conversation that I appreciate as I work on your behalf. With several years of check-ins, I have historical context and past experiences to compare each year and I am pleased to report that there is progress in our parks.

While Peninsula State Park is one of the busiest parks in the State Park System, it is a good barometer for the health of our entire park system. They had a slower-than-expected June because of cool, damp weather, but Birkholz told me that they have had a terrific summer.

Markowski told me about all of the renovation and maintenance projects that they have planned. They are very excited about updating nearly every campsite with new gravel pads, installing around 500 new fire rings, improving showers and bath houses and improving trails. The latter was particularly of interest to me since my bike and I had a rough ride on a trail last summer!

The Friends of Peninsula State Park raised $750,000 for the project, which was originally estimated to cost $2.07 million, but the lowest bid in the last round was $3.6 million.  Markowski was hopeful that the bids would be more reasonable so that the project can get started. This would be a really neat asset to add to an already awesome park that draws nearly 1.2 million people every summer!

In addition to the maintenance and update projects, Markowski and Birkholz told me about plans to electrify more campsites because demand is extremely high. They said that electric sites are always the first to be reserved.

In fact, they also told me that the fee increases we authorized in the past two state budgets have not negatively affected reservations. They have not heard any complaints about the increases for campsite rates or the variable rates for weekends versus weekdays. They told me that the numbers of out-of-state visitors has not decreased and the rates remain extremely reasonable for all of their visitors.

With a new reservation system rolling out this summer, we do not have all of the data to review reservations and capacity for 2019 yet, but I will report out to you as soon as I receive it from the Department of Natural Resources (DNR). Overall, State Park staff have told me that they are optimistic and enthusiastic about the changes we have made to their financial structure so that they can make updates, maintain their parks and manage the ebb and flow of reservations with variable rates. The private-sector business model is making progress in our parks.