A Field Trip to Taiwan 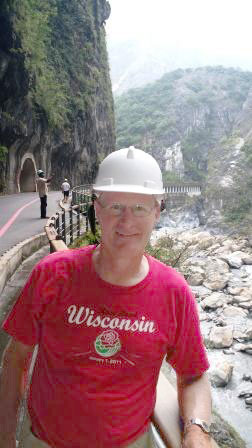 Last week I traveled to Taiwan as a guest of the Taipei Economic and Cultural Office in Chicago.  I was part of a Midwestern delegation of state legislators from Ohio, Indiana, Illinois, Iowa, Minnesota and Wisconsin.  There were four Senators and four Representatives; four Democrats and four Republicans. The Taipei Economic and Cultural Office sponsored the trip.

The goal of our visit to Taiwan was to learn more about the country’s industries, history and culture; to discover opportunities to learn from innovations in Taiwan; and to find opportunities to trade and partner in the future. I was impressed and encouraged by our conversations and I learned a lot. 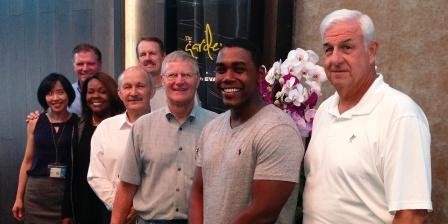 The delegation enjoying an evening in Taipei.

With limited land area and a huge population, Taiwan imports a significant portion of its food supply and Wisconsin has directly benefitted from their economic needs.  There are 23.5 million people in an area that is less than a quarter of the size of Wisconsin (our population is only 5.75 million people). Throughout my discussions on tour, I discovered that we have additional opportunities with other agricultural products such as cranberries and pork, which could come from the 17th Senate District. 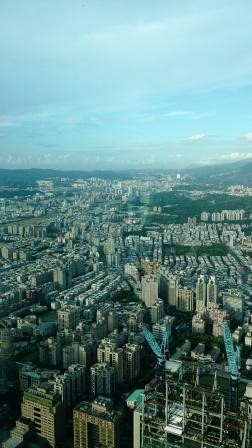 The skyline of Taipei, home to 2.705 million people of Taiwan's 23.5 million residents. 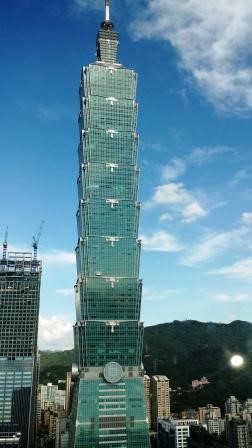 We also have the unique opportunity to “export” our higher educational opportunities to Taiwan.  According to the many ministry officials and leaders I met, credentials from US colleges and universities are very valuable in Taiwan, especially degrees in engineering and the sciences. The University of Wisconsin System, especially UW Platteville, has a unique opportunity that I will be working to share and promote over the next several months.

Currently, many Asian students gravitate toward west coast schools because of recruitment efforts and proximity.  However, the significant populations of Asian students at these institutions have made it less likely for individual students to be immersed in American culture because they are surrounded by others from their own country.  While comfortable, this situation has begun to limit a student’s exposure to new ideas, concepts and lifestyles. Our Midwestern campuses would be the best of both worlds – world-class education and Midwestern hospitality.

While the Taiwanese clearly like the deals they can find at Costco, housing is extremely expensive in Taiwan.  An unfurnished 2,000 square foot unit in a new building in Taipei would cost $5,000,000.  Land and space is a premium while consumer goods are plentiful. 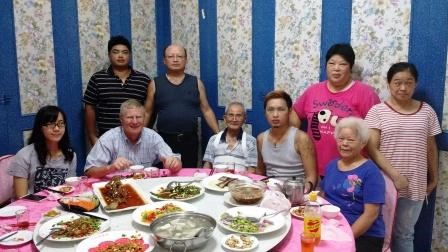 I was shown some great Taiwan-hospitality by the family of my Chief of Staff, Crystal Potts. Her grandparents and extended family live in a rural village in Taiwan and welcomed me for dinner.

Throughout my trip, we spent considerable time discussing trade, public policy and international relations. Our hosts showcased many innovative and unique national highlights such as the Hsinchu Science Park and their high speed rail system. It was fun to ride a train going 186 miles per hour, but the money they lose on the system is significant. I was also exposed to a number of Taiwanese cultural highlights including a visit to the National Palace Museum, the Shihlin Night Market and a Chinese Opera.

Taiwan is close in proximity to China and there is Chinese influence on the culture of the island, but China is also their biggest concern.  Taiwan has been an independent nation since 1950, but China’s rising influence in the region was a central theme of many of our discussions.  China’s ambitions appear to be moving south toward Vietnam and the controversial islands in the South China Sea.  The Taiwanese believe that China wants to be a maritime power and point to their efforts to build military installments on these islands. This is concerning to Taiwan because, as General Douglas MacArthur, Taiwan is “an unsinkable aircraft carrier.” 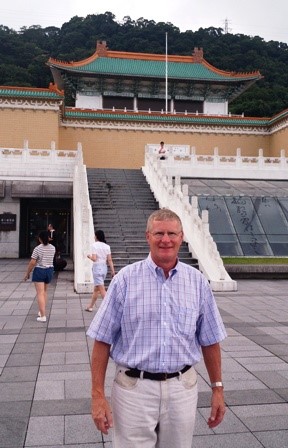 We visited the National Palace Museum.

Overall, my field trip to Taiwan was a very interesting, informative, educational experience. I think there are some great opportunities for our state to collaborate and trade with a partner around the world and I look forward to working with my colleagues to find ways to capitalize on these international relationships. 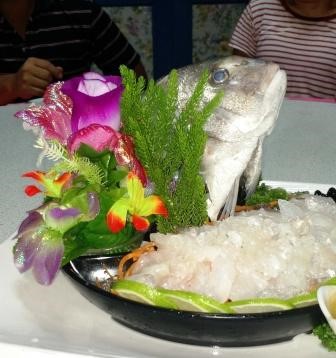 I experienced some interesting foods and dining in Taiwan. Raw fish was quite tasty!

For more information and to connect with me, visit my website http://legis.wisconsin.gov/senate/17/marklein and subscribe to my weekly E-Update by sending an email to Sen.Marklein@legis.wisconsin.gov.  Do not hesitate to call 800-978-8008 if you have input, ideas or need assistance with any state-related matters. 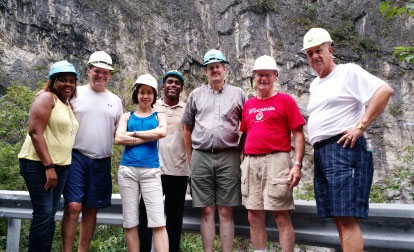