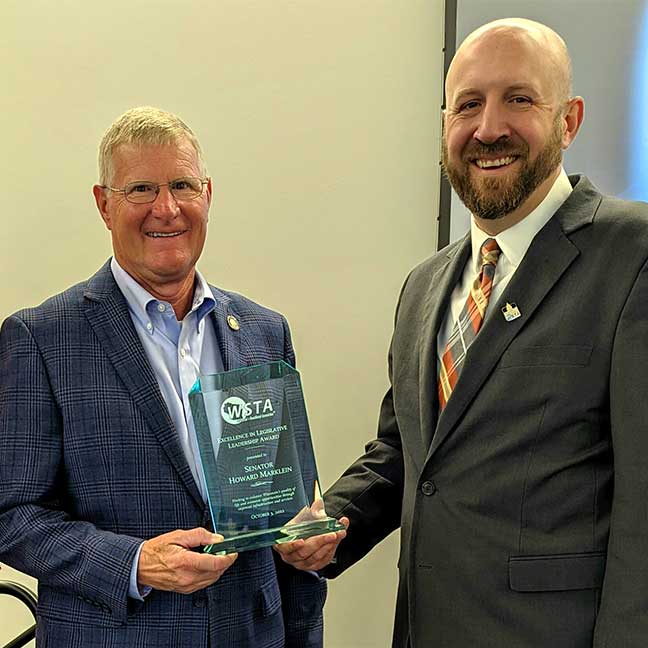 “I am proud to be recognized by WSTA for our collaboration on broadband issues. I know that our success in expanding broadband access in rural Wisconsin involves dozens of hard-working telecommunications providers, community champions and the men and women who connect our communities,” Senator Marklein said. “Since 2014, we have made tremendous progress, but I know there is much more work to be done. I appreciate the partnership and collaboration with WSTA as we continue to make sure state government supports their efforts to expand and reach new people and neighborhoods every day.”

“This is the second time WSTA has honored Senator Marklein’s work on rural broadband expansion,” continued Esbeck. “We look forward to continuing our partnership to connect rural Wisconsin’s remaining unserved and underserved customers.”