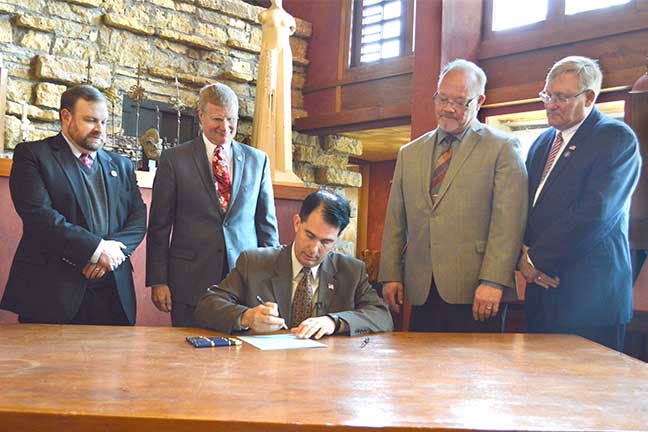 Act 270 creates a specified and designated highway route in the counties of Kenosha, Racine, Milwaukee, Waukesha, Jefferson, Dane, Iowa, Sauk, and Richland as the “Frank Lloyd Wright Trail” to identify buildings that have particular significance to Frank Lloyd Wright and his career. The Department of Tourism will market the locations on the trail that are open to the public.

“The Frank Lloyd Wright trail will be a great tourist attraction in Wisconsin,” Marklein said. “Not only will it highlight Frank Lloyd Wright and his prolific career, it will market the buildings that illustrate the beauty and complexity of his design.”

Act 270 was signed into law at Taliesin in Spring Green, WI on Monday, March 21, 2016 as a part of Governor Walker’s Cabinet on the Road events in southwest Wisconsin.