After the announcement, Senator Cowles joined other national leaders who are working to combat the problem of lead-laden water in applauding the EPA for their attention to this issue by providing a comment in an EPA press release. Senator Cowles’ quote read: “Local efforts including comprehensive main and lateral replacements in Green Bay, statewide efforts including bipartisan legislation I’ve lead, and nationwide efforts including today’s announcement are all crucial in the fight to protect human health. The EPA’s revisions to the Lead and Copper Rule shine a light on the continued necessity for additional action to address lead laden drinking water, and I applaud their attention to this issue. As an author of multiple efforts in Wisconsin to address lead in drinking water in homes, schools and daycares, I look forward to being a part of the continuing discussions across the country on how we can best invest in our future: by protecting children’s health.”

Senator Cowles continued these comments on lead-laden water by releasing the following statement:

“While places like Flint and Newark have received national attention, Wisconsin hasn’t despite having some of the nation’s highest rates of lead poisoning among our state’s youth. We need, on a household, local, state and federal level, to give this public health crisis the attention it requires.

“Last week, Green Bay indicated their intent to submit a docket to the state Public Service Commission to become the fifth community to use the Leading on Lead Act (2017 Wisconsin Act 137), one of the first laws of its kind in the nation to give local governments the tools they need to address lead water laterals leading into the home. Still, over 130 cities, villages, and towns have lead laterals delivering contaminated water to Wisconsin residents, including tens of thousands of youth which are more vulnerable to the long-term health and behavioral effects of lead poisoning. I’m calling on more communities to look to utilize this innovative tool now that a roadmap has been provided by communities of different sizes and facing varying scopes of this problem in their area.

“I was happy to be invited to the unveiling of this crucial rule revision and to be listed among those actively involved in the national discussion to address lead in this EPA release. In Wisconsin, we have a chance to be a leader. Between the Leading on Lead Act, now law, and the Supporting Children’s Health by Ousting Outdated Lead (SCHOOL) Acts (2019 Senate Bills 423 and 424) which will be voted on by a Senate committee soon, I’ve been working to author bipartisan solutions to these nonpartisan problems.

“But, whether it’s the federal LCR revisions or state efforts like those I’ve authored, these are just a few of the stepping stones in a line of more holistic actions necessary to rid our communities of lead and solve this public health crisis. I look forward to a day where we can all reflect on the challenge of lead poisoning as a concern of the past and we can be proud of the proactive steps we took to rid our communities of lead exposure.” 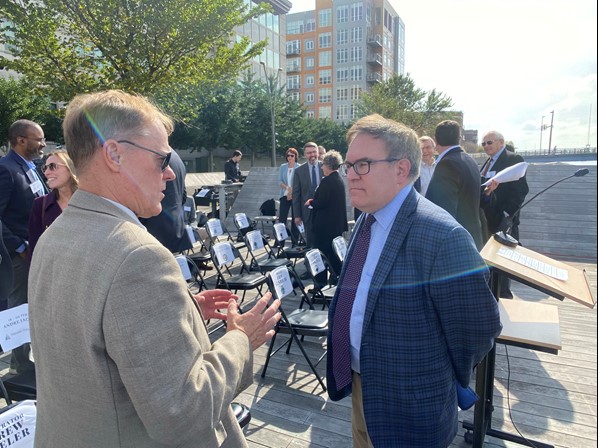