These mutually beneficial water quality trades allow nonpoint-source dischargers to create a reduction in total pollutants entering a waterbody, quantified as credits, to be purchased through a central clearinghouse. These credits will provide necessary pollution reduction relief to a point source, such as a municipal wastewater treatment plant or cheese factory, to comply with further ratcheted requirements of their wastewater permit. Trades would take place within the largest hydrologic area possible while still resulting in a water quality improvement to the waterbody.

“Pollutant trading is a sound strategy recognized by the federal Clean Water Act, but the existing program in Wisconsin is being underutilized because most point and nonpoint pollution sources do not have the resources or relationships to seek out and secure trading partners,” Representative Kitchens said. “We strongly believe this legislation will provide a tremendous benefit to our state by giving farmers, industries and municipalities the tools and financial incentives they need to work together toward our common goal of protecting one of Wisconsin’s most vital natural resources: our water.” 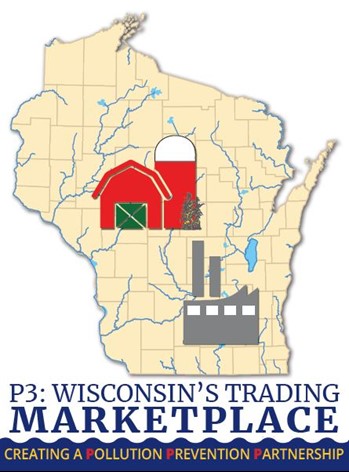 Senator Cowles added, “Today’s vote helped to set Wisconsin on a course to create the first statewide water quality pollutant trading clearinghouse. While the goal is to create a reduction in nutrients entering waterways to help clean up our waters, these pollution prevention partnerships would have numerous ecological, financial, and recreational benefits. These trades would be beneficial to all Wisconsinites and tourists to our great state, not just those involved in trades. By bringing more farmers to the table and incentivizing them to implement proven land conservation strategies, coupled with the opportunity for industry to comply with permit requirements in a more cost effective manner, this bill has the potential to make a positive impact on our state’s environment and economy.”

2019 Senate Bill 91 and Assembly Bill 113 have fostered the support of over 30 groups ranging from the Wisconsin Economic Development Association to Clean Wisconsin, League of Wisconsin Municipalities to Farm Bureau, and the Cheese Makers to Trout Unlimited. The state Department of Natural Resources, under the previous and current administrations, has also been intimately involved in the process and expressed support for P3: Wisconsin’s Trading Marketplace. This legislation now awaits a vote in the full Assembly, where, if passed as amended in the Senate and mimicked in the Assembly Committee process, will advance to the Governor’s desk for his signature.