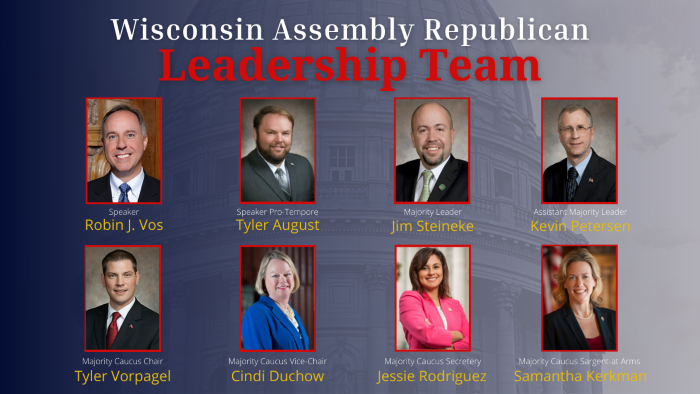 The following is the 105th Wisconsin Assembly Majority Leadership Team.