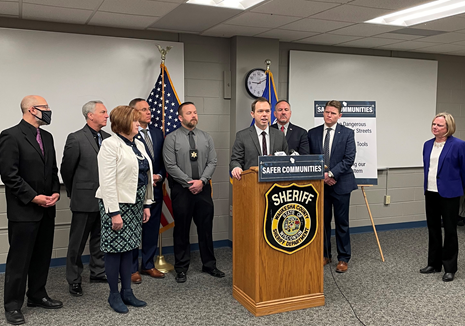 The Wisconsin Assembly approved amending the state constitution Tuesday to make it harder for violent criminal defendants to get out on bail, in the wake of the killing of six people by a driver who authorities say plowed into the Waukesha Christmas Parade last November.

Neylon said the Waukesha community was “deeply, deeply impacted and scarred because of the tragedy that happened in November during the Christmas Parade. ... And probably the greatest tragedy of it all was the person that committed those heinous acts should never have been on the street in the first place. He should have been locked up,” he said.