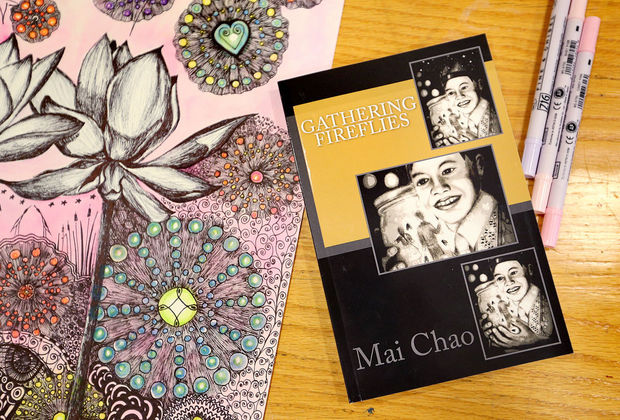 Now that the budget is over, it’s time to get back to our regularly scheduled legislative programming. And one of my favorite legislative things is going through the newspaper to see what my constituents have been up to.

I first heard about author and art teacher Mai Chao Duddeck in the La Crosse Tribune earlier this week. Last year she taught at Central High School and Longfellow Middle School and this year she will be teaching at Lincoln Middle and Logan Middle School. And on top of all that, she wrote a book. So I figured she would be an excellent candidate for my “Hometown Heroes” feature, which I admit has been a bit neglected of late.

In everything she does, whether it is art, teaching or writing, Mai Chao strives to weave together her heritage with her present and future. She was born in a refugee camp in Thailand, where she remembers drawing on the dirt floor of her family’s house with a stick. She says that the life she lived back then seems “so far from what we have here” in the Coulee Region, but you can clearly see it as the inspiration for everything she does now. 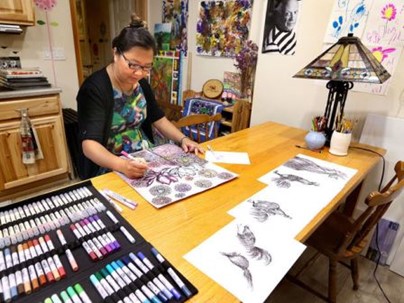 In her recent article in the La Crosse Tribune, Mai Chao pointed to her art teacher, Joe Kuhn, from Central High School as the one who set her on her current path. “I loved him so much,” she told the Tribune. “He opened my way to communicate who I am. By thriving there [in high school], I was able to communicate.” She considers Mr. Kuhn as her mentor and their friendship continued long after he retired from teaching. Mr. Kuhn has even substitute taught for her on occasion.

For Mai Chao, teaching is an influential profession. It is an opportunity to give back to the community that helped her become what she is today. She says she wouldn’t be where she is today without that support and hopes that she can provide that same support to her own students. But it sounds like she already has. Some of her students even refer to her as their own Mr. Kuhn.

Her favorite part of teaching is getting to spend time with her students. She enjoys watching them come up with the things that matter most to them and turning that into art.

Writing was a natural extension of her art, using words instead of paint brushes to create imagery. She was inspired to write her book because of her parents, who came to the Coulee Region when Mai Chao was ten years old. She wanted a way to preserve her culture for her children so they would not forget where they came from. While her book “Gathering Fireflies” is historical fiction, it draws on her own experiences while telling the story of a family struggling to blend their past with the future. According to Mai Chao, the word “fireflies” is a metaphor for dreams and she hopes that her book will inspire people to follow theirs.

It is a lesson that she teaches her students, urging them to gather their own fireflies. “If people have dreams,” she told the La Crosse Tribune, “do what you want. Never give up. Never once did I think my book would not be published. If nobody else did, I would.” And she did.

And as someone who self-published their own book, I know how gutsy a move that is.

You can pick up a copy of “Gathering Fireflies” on Amazon and soon in bookstores. Mai Chao is already talking about a sequel.

So congratulations to you, Mai Chao! We need more people like you in our community. Keep up the good work and continue to be a Hometown Hero.