Representative John Spiros was born and raised in Ohio. After graduating high school, he served six years in the United States Air Force where he was a part of an elite security squad that provided protection for 26 generals and the command center for the Strategic Air Command. After leaving the service, he served as a police officer. Today, John is the current VP of Safety and Claims Management for a local transportation company and has been in the transportation industry for 24 years. John currently lives in Marshfield with his wife Rebecca, who is a nurse. Together they have five adult children and four grandchildren. 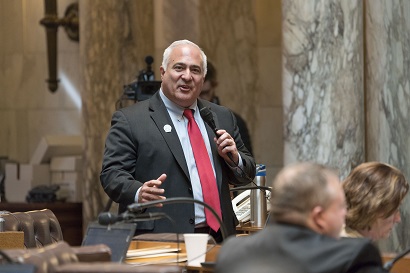