Show your support for the environment this Earth Day 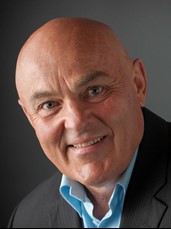 Dave Considine represents the 81st District in the State Assembly. The 81st District includes Baraboo, Sauk City, Prairie du Sac, Portage, and many other communities. His office can be reached at (608) 266-7746 or via email at Rep.Considine@legis.wisconsin.gov.

Did you know Wisconsin is responsible for the founding of Earth Day? In 1969, Governor Gaylord Nelson proposed a day when citizens across the nation would hold simultaneous “teach-ins” to educate each other and raise awareness of environmental issues. His vision spread, and on April 22, 1970, about 20 million Americans participated in the first official Earth Day.

Believing in the power of individual citizens, Governor Nelson resisted the idea of a single national organization that would control the message and methods of Earth Day. He once said that this day of action “planned itself,” and he was right. Earth Day has always been a true grassroots effort. This is what makes it so powerful: it is truly by the people and for the people.

In recent years, I have listened to more and more people who sincerely believe that our environment no longer needs the strict protections it used to have. Some feel that environmental regulations are unfair to the private sector. Others may believe that climate change is exaggerated or is a natural progression, not a serious problem caused by human actions.

I understand reluctance to accept the reality of our situation. But the truth that the majority of scientists all over the world have agreed upon is that our environment desperately needs protection. Our trees, prairies, lakes, rivers, and wildlife are extraordinary resources. They don’t have voices, and they can’t speak for themselves. That means we have to.

For me as a legislator, protecting our environment means taking the time to write legislation that truly balances the agricultural industry’s needs with every citizen’s right to access our water. It means restoring funding to the DNR so that it can return to protecting and supporting our natural resources. It means acknowledging that we have caused many of our current environmental problems, so we have to be the ones to fix them. It means respecting our state’s robust hunting and fishing traditions while still protecting species that are at risk of disappearing. It means working harder to reach across the partisan divide and take bold action to protect Wisconsin’s incredible outdoors.

Earth Day reminds us each year that we only have one environment, and that it is each of our responsibility as citizens to protect it. So what are you doing for Earth Day this year? We humans celebrate those things that are important to us as individuals, families, and communities. Will your friends and community see you celebrating Earth Day? Will you teach, plant, preserve, clean up, or enjoy nature with others? Now is the time!