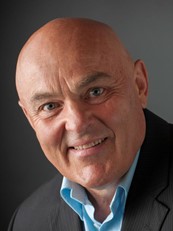 Dave Considine represents the 81st District in the State Assembly. The 81st District includes Baraboo, Sauk City, Prairie du Sac, Portage, and many other communities. His office can be reached at (608) 266-7746 or via email at Rep.Considine@legis.wisconsin.gov

One year ago, the Wisconsin legislature was stuck in the middle of a difficult state budget. Even majority party leadership could not find common ground amongst themselves, let alone compromising across the aisle. I listened to so many community members from Baraboo, Portage, Sauk Prairie, and places all over the 81st district. I shared your frustration then with the deadlock we faced, and I still do now.

As I took your comments to heart and worked hard to make sure my colleagues heard your voices in Madison, some major changes were made to the budget bill. One year ago, on a Thursday evening right before a long holiday weekend, the “999 Motion” was introduced. This motion is the final wrap-up action the Joint Finance Committee takes before passing the budget on to the rest of the legislature for a vote. One year ago, I was shocked and disappointed to learn that the motion had a provision that would have exempted legislators and our staff from our state’s open records laws.

Thanks to an incredible outcry from citizens of all parties across the state, the dismantling of our open records system didn’t make it into the final state budget that eventually became law. But it is still important to remember what happened one year ago. Not for the sake of pointing fingers at each other or arguing, but to remember that regardless of how we vote, we can all agree that our government needs to stay open and accountable to the people of our state, no matter what.

As your legislator, I work for you – my constituents. In just about any other profession, there are certain rules in place designed to hold employees accountable so that they know their resources are being put to good use. It should be no different for state officials. You elected us, and that means you deserve the right to know how your tax dollars are being used to serve you in the legislature.

Along with my surprise at the open records changes that were proposed last year, I was worried that they would set a dangerous precedent. In some ways, they did. Although our open records laws were saved from destruction last year, merely proposing the changes deepened the extreme partisanship we see all the time. That distrust lives in our Capitol and in our communities at home, and last year’s attempts to severely limit our open records system damaged the bridge between the two.

We should all commit to keeping our government clean, open, and transparent. But my fellow legislators and I especially have a responsibility to repair that connection between our government and our citizens. We can keep Wisconsin’s tradition of accountable government safe for generations to come by always remembering shameful efforts that have been made to restrict it. By remembering debacles like last year’s, together we can make sure they never happen again in our state. Thanks to all of you who continue to stay so involved and watchful of my colleagues and me in Madison and for providing feedback.