MADISON – Today, Representative Lisa Subeck (D-Madison) celebrated the adoption of the 19th Amendment as a critical milestone in the fight for women’s equality and acknowledged that 96 years after women gained the right to vote, Wisconsin women continue to lose ground.

Women in Wisconsin earn just 78 cents on the dollar compared to men, and the gap is even larger for women of color. During his first term in office, Governor Scott Walker led a Republican repeal of our state’s Equal Pay Act, making Wisconsin one of just five states without a law providing women who experience pay discrimination state-level recourse.

“It is outrageous that in 2016, women are still fighting to earn equal pay for equal work,” said Representative Subeck. “Worse, Scott Walker has led Republicans in the Legislature down the road of exacerbating the problem by repealing Wisconsin’s Equal Pay Law.”

Women’s inequality is not limited to the workplace. Even as we celebrate the first woman nominee of a major political party for the office of President, women remain grossly underrepresented in elected bodies at the local, state, and federal levels. Wisconsin has yet to elect a woman Governor, and though just over half of all Wisconsinites are female, women hold less than a quarter of the seats in the State Assembly.

Since Scott Walker and the Republicans gained control of the Governor’s office and the Legislature in 2010, Wisconsin women have lost ground on issues critical to gaining full equality. Republican attacks on women’s rights have included repealing Wisconsin’s equal pay law, defunding Planned Parenthood, restricting access to reproductive health care, and a voter ID law that will disproportionally impact women.

“In turning their backs on women, Governor Walker and Republicans have turned back the clock on gender equity in our state,” said Representative Subeck. “At the hands of Republicans, Wisconsin women have lost ground on paycheck fairness and equality in the workplace, reproductive health care access, and even access to the ballot.”

“As we celebrate Women’s Equality Day and our right to vote, I am reminded of the ground we have lost and the barriers women still face in gaining full equality,” concluded Representative Subeck. “I call on my Republican counterparts to immediately stop the extreme right-wing attacks on the rights of Wisconsin women, and I renew my commitment to fighting for women’s equality.” 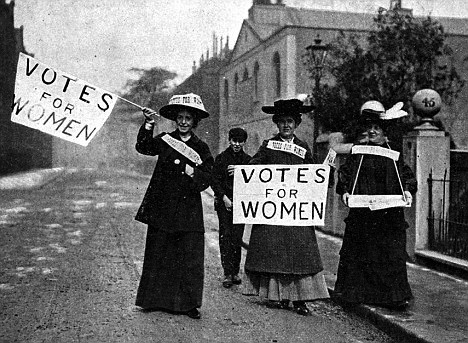