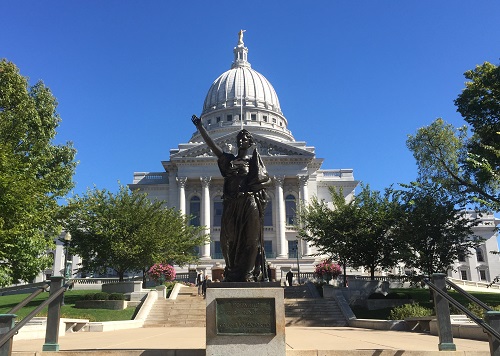 Speaker Robin Vos (R-Rochester) is announcing the creation of the Speaker’s Task Force on Adoption. The special bipartisan committee will focus on addressing the barriers facing biological and adoptive parents in the adoption process.

“We want to give our most vulnerable children every chance available to become productive members of society,” said Speaker Vos. “We also want to make adoption more accessible to families and expectant mothers.”

Legislators on the special committee are tasked with the following:

Speaker Vos has named Rep. Barbara Dittrich (R-Oconomowoc) the chair of the special legislative committee.  The other members of the bipartisan task force will be named in the coming weeks.

“Our Republican caucus has recently taken a firm stand for pregnant women and their vulnerable unborn children,” said Rep. Dittrich. “I look forward to advocating for life and strong families by leading this task force to help better facilitate adoption.”

According to the Department of Children and Families, there were 723 children adopted in Wisconsin in FY 2018; more than one-third of the public adoptions in Wisconsin are in Milwaukee County. Hundreds of children are waiting to be adopted.

The Speaker’s Task Force on Adoption will begin holding public hearings around the state soon. Policy recommendations are expected to be made this summer so lawmakers can consider legislative solutions this fall.

The idea for this committee came out of the work from the Speaker’s Task Force on Foster Care during the 2017-18 legislative session. A large number of adoptions come from the foster care system.