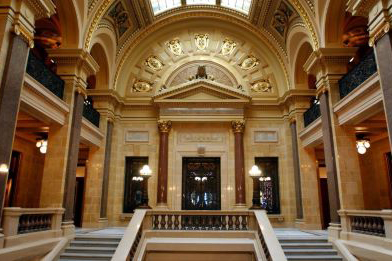 Madison…Speaker Robin Vos (R-Rochester) released the following statement regarding the Assembly passage and final legislative action of the Truth in Spending Act, SB 183, which provides legislative oversight for the allocation of federal COVID dollars.

“Billions of taxpayer dollars should not be in the hands of a single person. We are simply asking the governor to include others in the decision-making process. Not only will this legislation allow for public input, it will also provide transparency.

“Unfortunately, it seems like Democrats want to have a piggy bank where they can choose to give the money with no oversight, no transparency and no ability to judge whether it’s the best decision until after the money is out the door.

“This bill is not unprecedented. Similar legislative oversight measures were in place in 2009 when Democrats were in control of the legislature. We look forward to having a transparent approach to the pandemic recovery and working with the governor on what’s best for Wisconsin.”