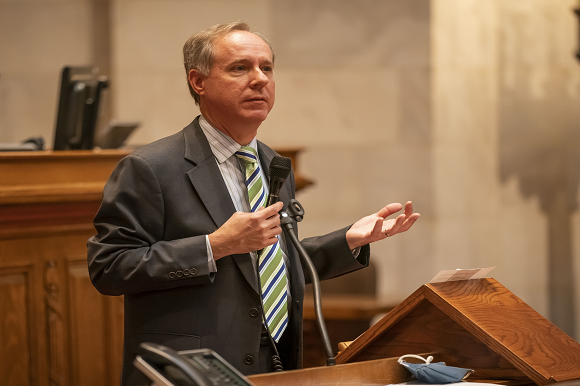 Joint Statement on Veto of AB1

“It appears Governor Evers cares more about his own power than the people of Wisconsin. The legislature passed a Coronavirus Relief Bill that provides the state more than $100 million to fight the virus and ensures that Wisconsinites have access to necessary medications, vaccines and COVID-19 tests.

“Instead, the governor wants to keep the door open to closing places of worship. He wants full discretion over federal COVID funds without the people of Wisconsin having a voice through their elected representatives. He wants employers to force their workers to be vaccinated as a condition of their employment.

“By vetoing the bill, Governor Evers is saying no to getting more vaccinators in the pipeline by allowing dentists and pharmacy students to administer the vaccine. He is saying no to giving parents the ability to transfer their students to school districts that offer in-person learning. And he’s saying no to protecting schools and businesses from frivolous lawsuits.

“According to the Legislative Fiscal Bureau, the state will now no longer be eligible to capture $6.5 million in federal enhanced Unemployment Insurance benefits. After months of poor management and a massive claims backlog at the Department of Workforce Development that left so many people struggling without benefits, it shows another oversight within the Evers administration.

“It is sad that Gov. Evers is playing games at the expense of disadvantaged people by putting $50 million in food assistance benefits in jeopardy should the court eliminate the unlawful public health emergency.

“The legislature sent the governor a bill approved by both houses that should have become law.”