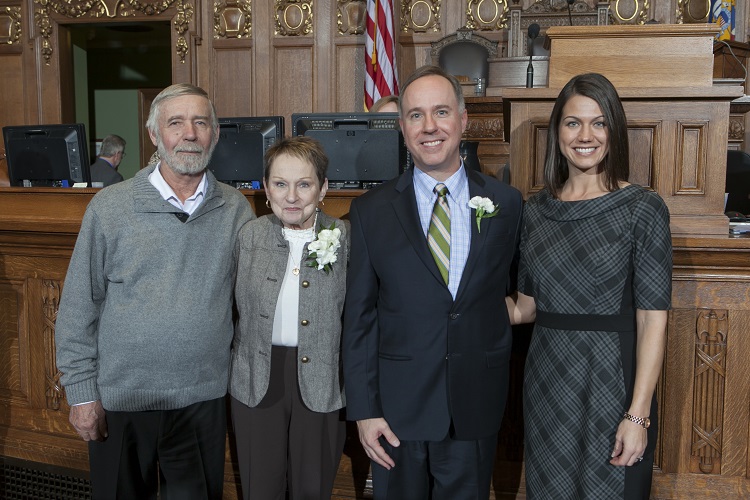 Speaker Robin Vos was first elected to the Wisconsin State Assembly in 2004 and is currently serving his eighth term as a state representative. Robin is the 75th Speaker of the Assembly. He was chosen by his Assembly peers for that post in 2013. Representative Vos previously served as the chair of the powerful Joint Finance Committee. 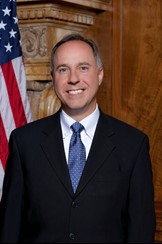 Speaker Vos currently leads a Republican majority of 63 representatives. Under his leadership, the legislature has approved one of the largest tax cuts in Wisconsin history and became the 25th right-to-work state in our country. He also is proud of the bipartisan work in the Assembly where more than 90 percent of the bills passed receive bipartisan support. His speaker's task forces have developed important legislation on topics including mental health, rural schools, Alzheimer's and dementia, urban education, youth workforce readiness and foster care.

Born in 1968, Robin is a lifelong Racine County resident, graduating from Burlington High School in 1986. He attended the University of Wisconsin – Whitewater, where he served as a UW Board of Regents student member from 1989 to 1991. Robin graduated with a Bachelor of Science degree in Political Science and a minor in Public Relations in 1991.

After college, Robin worked as a legislative assistant for state Representative Jim Ladwig from Racine County. Robin also worked for Jim’s successor, his wife, state Representative Bonnie Ladwig. He also served as the district director for then Congressman Mark Neumann until he began his first small business.

In 1996, he purchased a popcorn factory in Burlington, which he has expanded to become a food packaging company. Robin also owns several other small businesses including the Union Grove Car Wash in Union Grove, Knights Popcorn in Milwaukee, and rental properties in Whitewater.

While building his businesses, Robin never lost his passion for politics. He was elected as a Racine County Board Supervisor in 1994. He served on the board until 2004 when he was elected to the Wisconsin State Assembly.

Robin also serves on several national boards. He is the current President of the National Conference of State Legislatures and the Vice Chair of the State Legislative Leaders Foundation.

Robin and his wife, Michelle, live in Rochester.