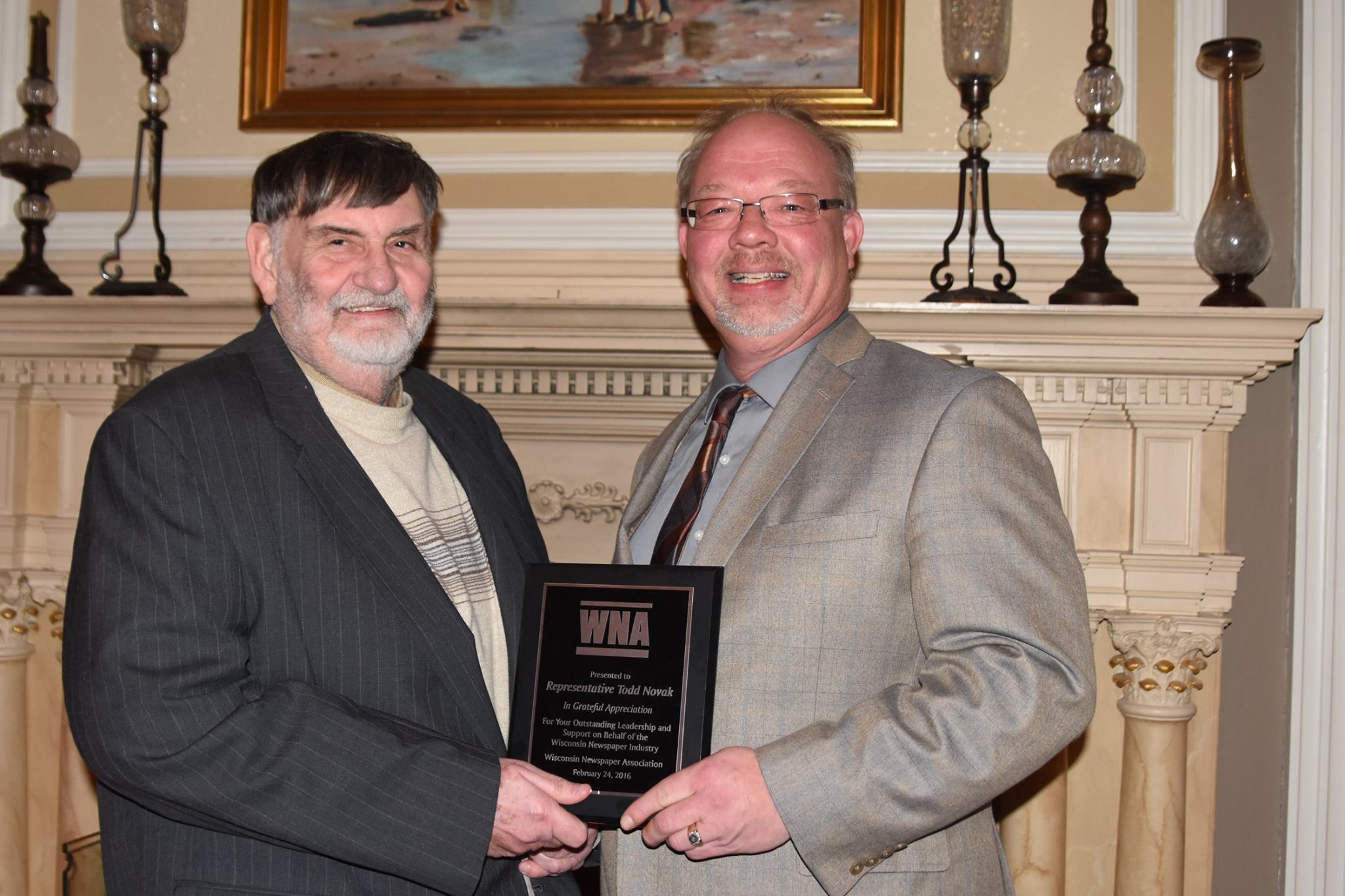 Madison…Rep. Todd Novak (Dodgeville) received the Wisconsin Newspaper Association’s (WNA) Legislative Service award last night at the Madison Club. The award was given because of the time and effort extended by Rep. Novak on behalf of the welfare of the newspapers of Wisconsin.

The WNA presented the award as a thanks for supporting the newspaper industry, specifically the leadership demonstrated that led to the repeal of the Newspaper Recycling Fee earlier this session. Additionally, they applauded his work on the pending clarification in the Worker’s Compensation Act.

“Having worked in the newspaper business for 25 years, the award is very special to receive and a great ending to my lengthy newspaper career,” said Rep. Novak. “It’s an honor to be recognized by an industry that I know, understand, and will continue to be a friend.”

The award was presented by Pat Reilly, the Publisher of The Dodgeville Chronicle and WNA board member.